The Unbearable Lightness of Being Hungry podcast 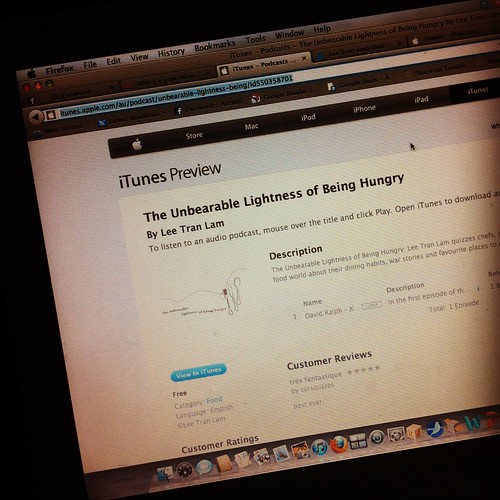 I’ve started a podcast! Thanks to my amazing producer Alex Watts and FBi radio for making it possible.

I’ve had the idea cooking in my head for an embarrassingly long time, so I’m glad it’s now happening. Unless they’re major celebrities, you hardly ever come across long-form interviews with chefs (they’re usually hustled in just for cooking demonstrations on TV or in print), so for The Unbearable Lightness of Being Hungry podcast, I have an in-depth chat with someone from the food industry and ask about their culinary background: battles, triumphs, insights and injury tallies; meals that blaze in their memory; kitchen experiences they loved or would rather forget, and their recommendations on where to eat and drink. 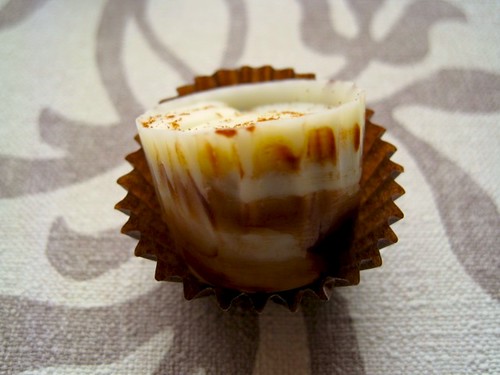 Here’s my blurb for the first episode:

Lee Tran Lam catches up with David Ralph, a chef who has worked at diner-impressing restaurants in Sydney (Quay, Flying Fish and Sails at Lavendar Bay) and London (Michelin-starred La Noisette and Kensington Place). David’s an expert at placating anyone with a sweet tooth as he currently runs Kakawa, the best chocolatier in Sydney with his partner Jin. He chats about his kitchen war stories (he once had to break up a fight between two chefs), what the staff meals at flash restaurants are like (the better the restaurant, the worse they are!), dealing with the day-to-day temptation of working with chocolate and shares his favourite places to dine in Sydney.

If you’re curious, you can subscribe via iTunes or via The Unbearable Lightness of Being Hungry podcast RSS.