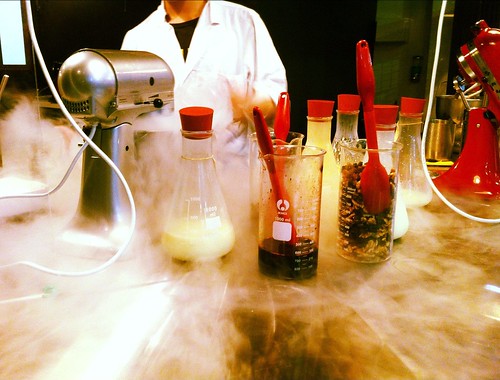 At N2 Extreme Gelato in Sydney’s Chinatown, the ice cream is a front-row-worthy spectacle.

Unlike the usual vision of some poor staff member deep-cabinet-diving to wriggle a scoop out of a ginormous rock of gelato (and you praying they’ll be spared from end-of-shift RSI after all that wrist-heavy excavation) – at this new establishment, employees wear white labcoats, empty mixtures from conical flasks into eye-catching KitchenAids and, as the churning happens, they blast enough liquid nitrogen to flash-freeze the creamy blend into gelato. It’s highly watchable, draws out all working camera phones from within a notable radius and results in enough atmospheric billows of cold smoke to make you feel like you’re at your school prom (minus the awkward dancing). 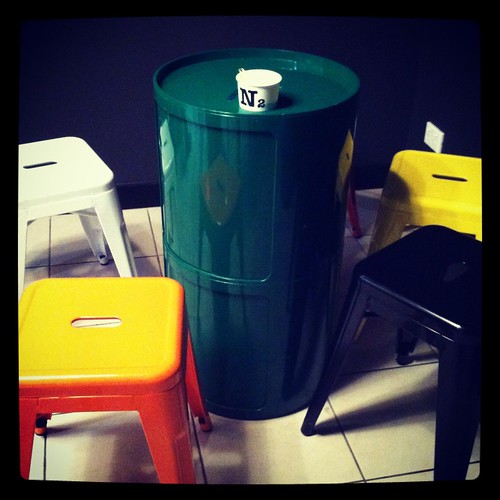 It means the flavours are snappy, ultra-fresh and deeply creamy. And what’s on offer is as fun and theatrical as the process – there’s a delicious Buttered Popcorn ($6 a scoop) that’s studded through with the toasty crunch of kernels and is like the dream version of that jumbo box of bankrupting, salt-dusted puffs that you nurse at the cinema. Another cinematic offering is Rosemary’s Baby, a not-so-hair-raising and brilliantly harmonious mix of honey and rosemary. I also tried the Cheesy Fore, which has the punch-in-the-face funk and power of gorgonzola and nuts. If you love blue cheese, it’s a full-force translation of that unapologetic flavour – in fact, it is pretty delicious if that’s your thing. But if you’re a fence-sitter (or gorgonzola skeptic), then it’s probably not going to gently, diplomatically sway you to its cause. It’s a shock-and-awe flavour. 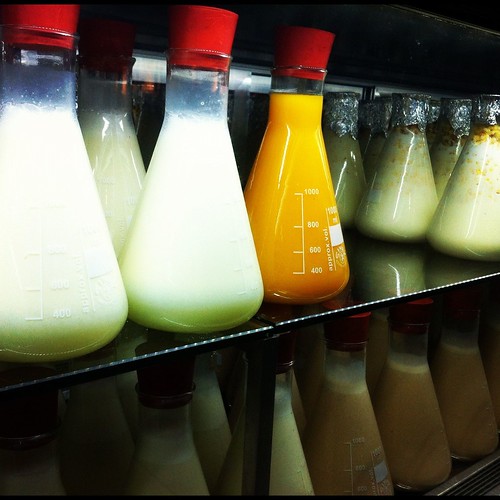 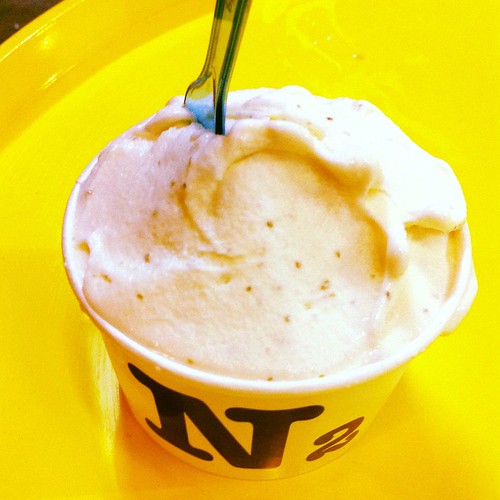 I did scoot out with a takeaway Nitro Shake ($8) of Earl Grey-Infused Caramel, though – it was a nice, not-too-full-on way to encounter that gelato creation.

As you can tell from the selection and set-up, N2 Extreme Gelato has an eccentric and likeably light-hearted approach to what it does. The graph-like menu deadpans that “This is not a Facebook timeline” and its wording is frosted through with cool one-liners – it lists one scoop of gelato as being $6, while two scoops is in the “you don’t need it” range; the tally for affogato is $8 and then, nearby, happiness is billed as being “priceless”. 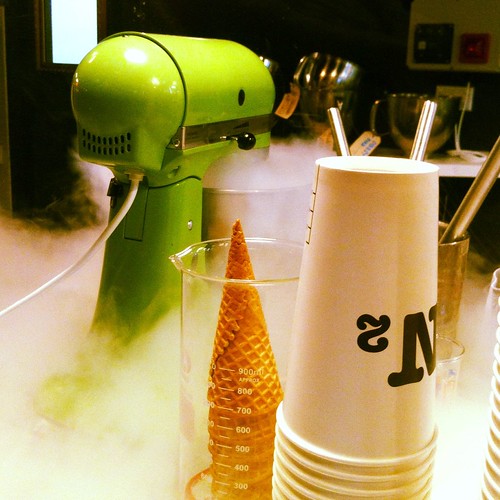 All the other quirky touches not usually seen in a gelateria – the safety warnings about necessary eye protection and use of compressed, non-flammable gases; the collection of gauges and scientific glassware, and the oddball biological diagrams – these simply add to the tongue-in-cheek fun of N2 Extreme Gelato. Also, the Thonet stools and Componibili storage units in zippy, bright colours contribute to the inviting atmosphere. 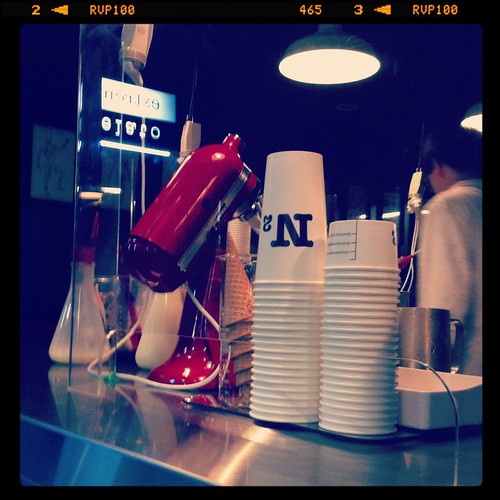 I’d like to give major kudos to Myffy Rigby, Time Out Sydney‘s food critic, who tipped me off about N2 Extreme Gelato. She kindly clued me in about it weeks ago, when I interviewed her for my next podcast (this will be up soon on iTunes – my superhero producer Alex Watts is busy working on it as I type!). Do check out her great article on N2 Extreme Gelato, which has all these fascinating revelations about owner Min Chai, the former accountant who has gone from foreclosing on houses to turning customer’s eccentric suggestions into real gelato flavours (a pitch for salmon, dill and lemon didn’t quite make it but, as Myffy writes, “gorgonzola was a fan request”). It also covers the compelling details of his unconventional way of producing the gelato and how he’s now chugging through more liquid nitrogen than any other food business in Australia.

And make sure you go beyond reading about N2 Extreme Gelato and pay it a visit. It isn’t just the most delicious manifestation of one particular symbol on the periodic table, it’s also tremendous fun. Just head down to Chinatown and follow the puffs and puffs of crowd-obscuring smoke.