This might be the shortest post I ever need to write – the team behind Fratelli Fresh opened a new restaurant on Friday. It’s French. Just go.

OK, so if you’re still here – and haven’t abandoned this blog in a record-breaking rush – here are some details you might find handy. The place is called Cafe Nice and it’s in Circular Quay. It teleports you from one tourist hotspot to another; with the Harbour Bridge by your window, the menu still manages to evoke the South of France with pissaldiere, pistou and Nicoise everything. 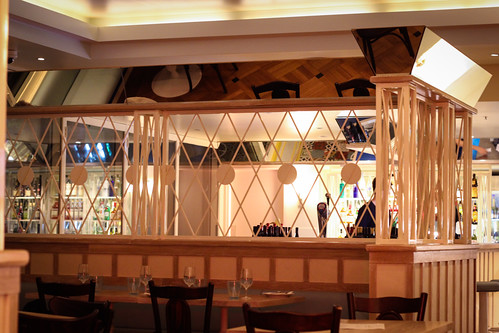 One Provencal dish that has a lot of star-recognition is, of course, Ratatouille ($18), and one spoonful relocates you straight into French territory. There’s that lovely harmony of garlic, capsicum, eggplant and tomato – all messed through and condensed, so you end up with flavours that evoke the lightness and comfort of summer. Ratatouille – it’s a dish that’s weighed in sunshine. At Cafe Nice, it’s served with grilled slices of bread and slow-cooked egg that is asking for major destruction via toast-dunking. It is a total delight.

The menu moves from light and snap-fresh flavours – Green Beans with Hazelnuts, Pickled Eschalots and Creme Fraiche, for instance – to the heavyweight thud you associate with rich French food. That Daube ($22) of beef cheek with pappardelle, though good, pretty much had Will checkmated from the first bite. The Polenta with Roquefort and Walnuts ($22) was excellent, too: that punchy cheese and savoury pile-up of mushrooms on a cloud bank of cornmeal was perfect company for a night of gusty winds and umbrella-thwarting sideways rain. But it was quite a bit to take on – and hard to finish after I’d (greedily) split three entrees and was maneouvring for dessert. 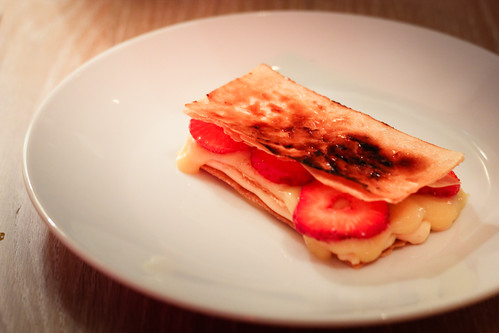 Your sweet tooth will enjoy this French excursion, though, with a lovely Berry and Lemon Curd Mille-Feuille ($14.50) on offer, or just-as-charming delivery of Peaches and Ice Cream ($14.50). Neighbouring diners did not go for our wimpy light-load approach to dessert – they went straight for the Dark Chocolate Mousse with Cocoa Nib Brittle ($14.50) and were just as direct in enjoying it. 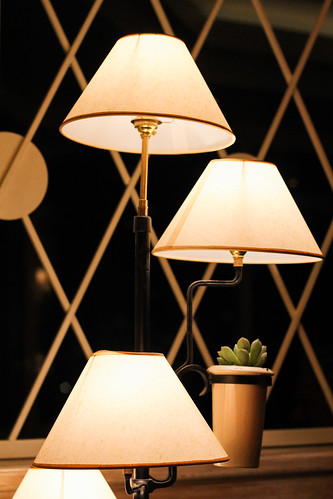 Given that Cafe Nice is in a high-tourist area, I steadied myself for some bill shock. So it was nice to find a lot of reasonably priced items on the menu. The polenta at $20, for this part of Sydney, is a bargain. As is the ratatouille for $18. (And a $7.50 glass of muscadet.) But some other things seem a little off-kilter in how they are charged. The green beans with hazelnuts isn’t a substantial serve – it’s more side dish than entree – but it comes with a not-so-side-dishey $18 hit, for instance.

It’s hard not to compare this place to Fratelli Fresh’s signature eatery Cafe Sopra. The city-wide love affair with Sopra (and its four outlets) has rightfully raged on for a while, and it’s tough for Cafe Nice to be measured against such an enduring model relationship. You love Sopra, whereas you like Cafe Nice. But still, it’s pretty good. Tres bien, in fact.