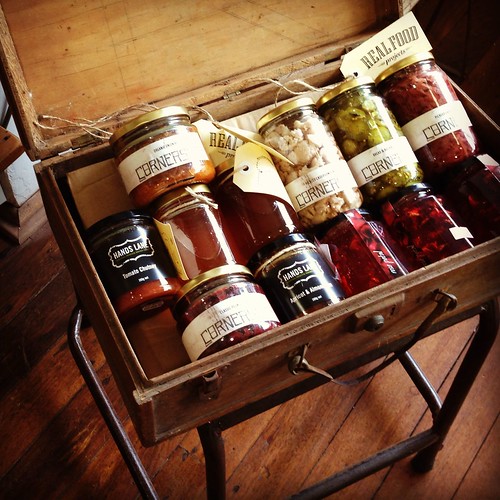 Good news – the Real Food Pop-Up has re-emerged, this time in Newtown. The store first appeared late last year in Darlinghurst, focusing on hand-crafted, locally made and sustainable goods – think honey collected from nearby suburbs (The Urban Beehive) or muesli made in Surry Hills (Farmer Jo). 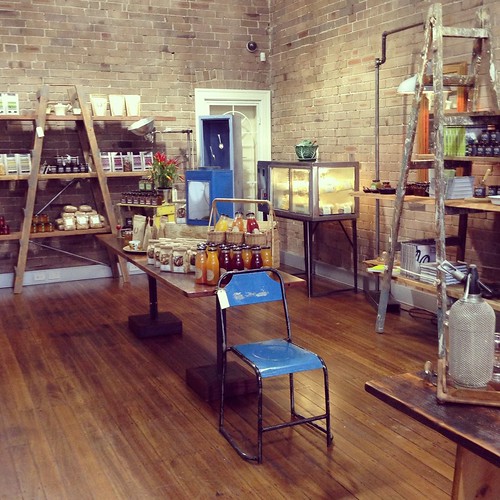 Real Food is now making a welcome appearance on Enmore Road – a few doors down from Hartsyard and opposite The Midnight Special. Until April 14, you can drop by and load your arms with feelgood items for your pantry: Cornersmith preserves and condiments, multi-flavoured marshmallows from Sweetness The Patisserie, brews from The Vegan Teahouse and Sticky Chai, and plate-worthy organic sauces and pasta from Pasta Emilia – to name a few of the items worth adding to your shopping list.

Also appealing: there’s no Aisle Rage, need to battle queues or endure a supermarket soundtrack from the dinosaur era here. There’s a real personal charm to the Real Food Pop-Up. All the produce feels hand-picked and small-batch – so the shop has the appeal of a market stall, in a rustic, farmhouse-like setting, thanks to the recycled fixtures and furniture from Re-Creation, and the vintage homewares by Chris On King. 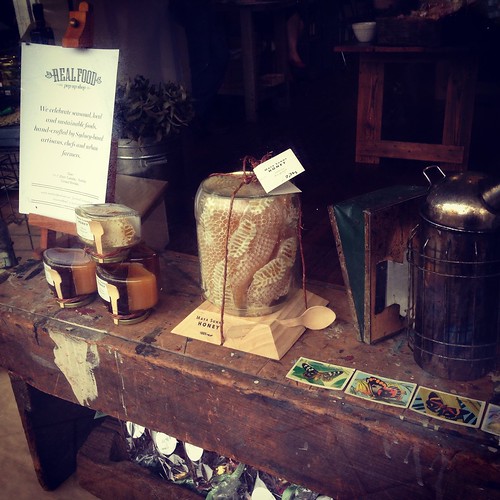 Real Food opened on the weekend, and I’ve already made return trips to stock up on a few things (next visit note: I still need to pick up another jar of Cornersmith chilli zucchini pickles – these zippy preserves add zing to even the boringest of work lunches). One of my favourite in-store items is the mango cordial by The Shrubbery – it only has three ingredients and it’s pretty much the one thing aiding my summer-is-ending denial. I add fizz and lots of ice and pretend that its sunny flavour can reverse the season’s inevitable end.

Despite the unavoidable temperature drop, there is a lot to look forward to – especially here. Real Food’s founder Kate Walsh has many things planned and will be running tastings and classes in due course. And on Thursday Feb 28, the pop-up gets properly launched with the help of local craft brewery Young Henrys. Drop by between 6-7.30pm. Or if your diary won’t let you, visit this pop-up another time. It’s worth the detour. Just make sure you get here before Real Food disappears in mid-April.