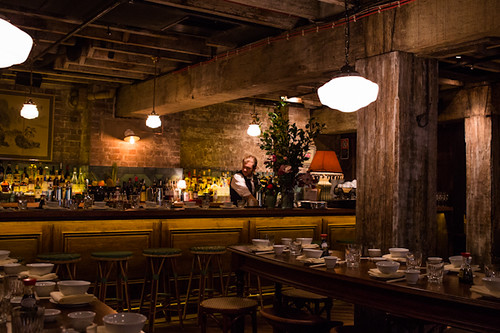 Mr Wong on Bridge Lane is next-level great – it’s the James Bond of yum cha restaurants. Whereas other eateries rely on the charm of leaky teapots and lazy-susan spins, this new place has sharp-suited waiters, details revved up to design-to-impress levels and there’s enough exotic glamour to fuel three Daniel Craig films. 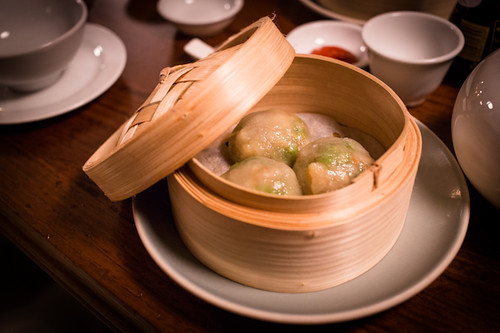 And like the heavily hyped instalment of each new Bond film, the arrival of Mr Wong is a big deal. This 240-seater restaurant, which officially opened on Friday, is the latest Merivale venture for Dan Hong and Jowett Yu, who have been doing awesome things at Ms G’s. Rounding out their A-team is Eric Koh, from London’s Michelin-starred Hakkasan, as Head Dim Sum Chef. 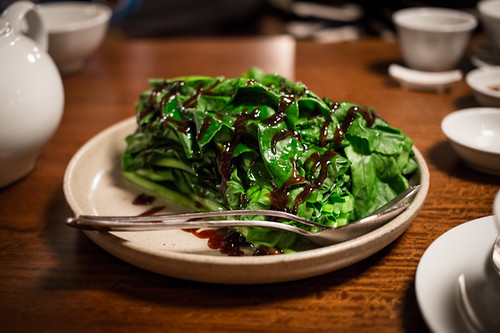 Even the most clueless person could guess that the food will be great. Yet, every brilliant dish catches you off-guard; you have to take a second to register how truly good the menu is. So when the dim sum arrives, the opening of the bamboo steamers leads to quick plate-piling – each person air-lifting their share of Steamed Barbecue Pork Buns ($9.80), Xiao Long Bao ($9) or Dumplings ($9) encasing mushrooms or asparagus and scallops – and all this activity turns our table into an echo chamber of “that’s amazing!” and other remix versions of such praise. Tom not only talks up the Baked Venison Puffs ($10.80), but endearingly calls them Asian sausage rolls. Also, as if we would not use this dim-sum-ripe opportunity to say things like, “Amazing buns!” and yet still mean it in the most innocent, single-entendre of ways. 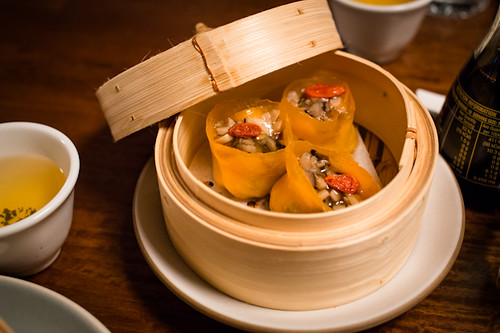 In an interview with Hospitality magazine, Dan Hong mentioned how he wanted Mr Wong to offer a “lighter” take on Cantonese food – “We want to steer away from those heavy, thickened sauces that a lot of neighbourhood Cantonese restaurants do” – and that definitely comes across in dishes like the Sichuan-style Eggplant ($18), which usually is super-caramelly and overloaded; here, it’s so light that it could do handsprings – but the flavours are far from erased; in fact, the eggplant is beautifully modulated by herbal and aromatic reveals. This is definitely one of my favourites on the menu. 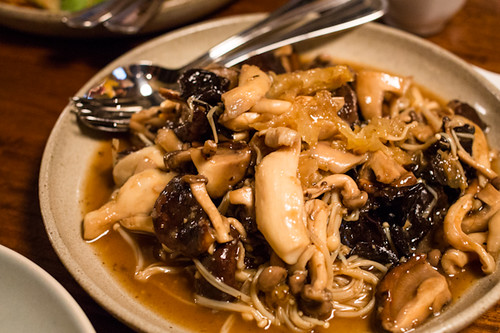 The Wok-fried Cultivated Mushrooms ($26), though, are a total soy bomb, packed with an arsenal of stir-fried enoki, oyster, shimeji and other fungus varieties. I have a feeling it’s a close relation to a dish at sister restaurant Ms G’s, where mushrooms are cooked in an ultra-savoury sauce made with butter and Maggi seasoning. Cathy really loved the Mr Wong version and its heavy-hitting impact.

Mr. Wong’s Crispy Skin Chicken ($28 for half) also got big applause on our table (Tom said any lifetime where you got to enjoy both this and The Dark Knight Rises made for a good existence) while the unassuming Steamed Chinese Broccoli ($12) is like the crack version of the steamed greens you guilt-trip yourself into ordering at yum cha – it’s slathered in this ridiculous mix of oyster sauce and garlic oil that could turn anything into a habit-forming activity. 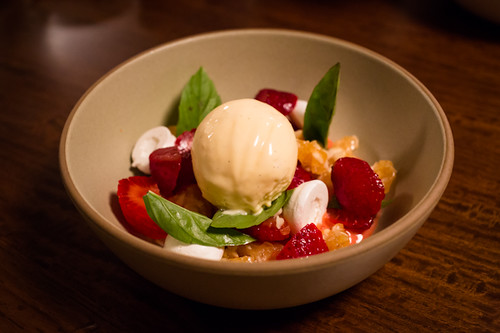 And while dessert at yum cha is usually a functional plate of oranges or a been-there-done-that selection of mango pudding or sticky rice – at Mr Wong, there’s nothing standard-issue about what’s on offer. We ordered every single dessert possible and they’re all meal-ending knockouts: the Cream Cheese Ice Cream ($14) with meringue, strawberries, Thai basil and “more please” macadamia praline was zippy, unexpected and delicious; the surprise element of crumbly, baked streusel really added to the Roast White Chocolate Ice Cream ($14) and its bracing yuzu curd and flourishes of longans and raspberries; the Green Apple Ice ($14) was a lighter, ultra-refreshing option, with osmanthus jelly, water chestnuts and coconut sorbet; and there’s nothing airy at all about Mr. Wong’s Deep-fried Ice Cream ($14), which takes the classic Chinese-restaurant staple, gives you the option of having it in vanilla or chocolate, and then serves it with butterscotch sauce that is equal parts salty-sweet and addictive. 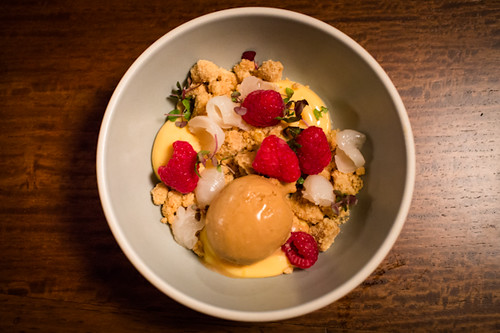 Because we ordered with such freewheeling abandon, I was ready for Bill Shock when it came to paying. But the tally was incredibly reasonable (around $40 a head, including tip), especially for the quality of the food. Note, though, if you have eight or more people, you’ll be charged a minimum of $70 per person plus 10% service fee.

One of the restaurant’s charms is its unshakeable atmosphere. The period decor (with calligraphy, inlaid fan motifs and china plates on the walls; bamboo chairs as seating; even the toilets have elegant, Oriental-style doors), plus the jazzy soundtrack and the suited staff all have a time-tripping way of making you seem like you’re somewhere else. “It’s like we’re in 1930s Shanghai,” says Cathy.