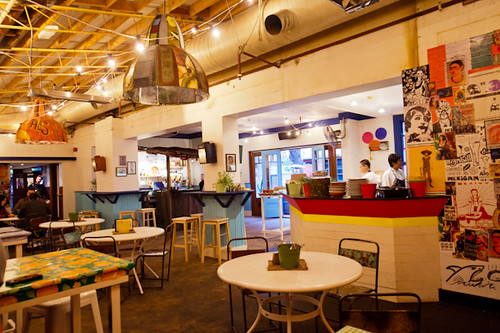 It’s fun smashing tacos at the El Loco cantina in Surry Hills, but a major serviette-frisk of your face/hands afterwards may be necessary – the one-way slide of fillings as you work through the ingredient-crammed tortilla is kinda inevitable. 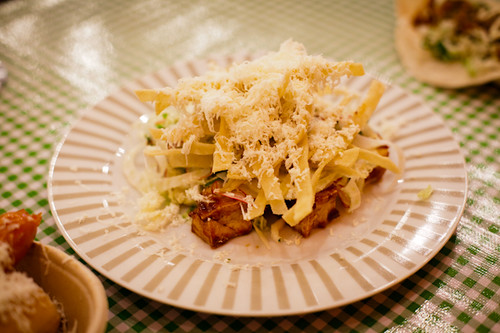 I’m enjoying the rise of the messy, eat-with-your-hands approach. Like The Dip, this eatery is about fun, unstuffy food done well. In between Lotus and Ms G’s, talented chef Dan Hong (and surely Merivale Overachiever of the Year?) has somehow found the time to research and scorecard the best Mex offerings overseas and translate that into his own menu. 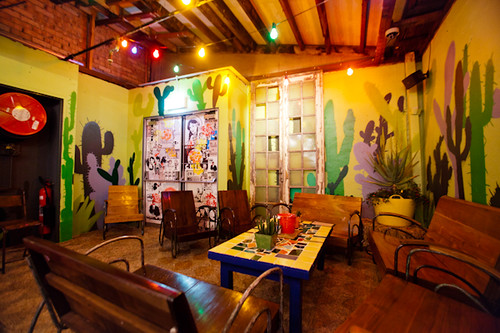 So, surprisingly, you’ll find a taco teeming with fiery-sweet cubes of tofu and coriander ($5) – an unconventional mash-up of flavours that works (ditto the salad piled with tortilla strips, shavings of fennel, radish, avocado and chilli-spiced beancurd). As Dan Hong explained on the El Loco blog, “I like to think of Mexican food as the Vietnamese of South America. They use a lot of fresh herbs and lots of fresh salsas that keeps it nice and light, which is very similar to Vietnamese food.” 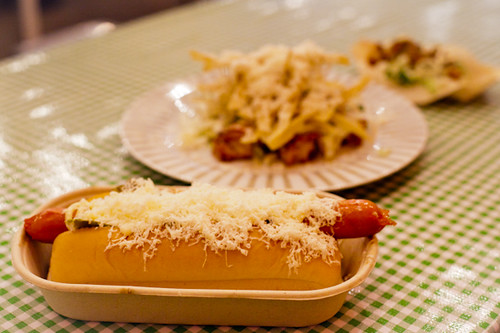 This influence is less overt in offerings like the Excelsior Hot Dog ($7), which hides mayo, salsa and pickled jalapenos under a light snowfall of cheese, or the Corn Chips ($5) with creamy guacamole and garlicky salsa. 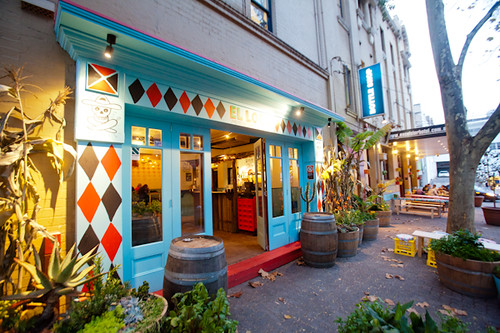 This canteen is stage one of The Excelsior’s conversion into a Mexican restaurant. That this scruffy live music venue, which used to front DIY bands like Eddy Current Suppression Ring, is now in the hands of millionaire Justin Hemmes and the city’s largest hospitality group is a hard-to-swallow proposition for some. One point I’d concede to Hemmes is that at least he hires really talented chefs who do interesting things. And while not everyone wants ritzy, gentrified hangouts in Surry Hills (I certainly don’t), El Loco at least seems to be a casual, lo-fi spot that trades in affordable, likeable food. (Its musical diet of Coldplay, Temper Trap and Kings of Leon may be less easy to digest, though.)