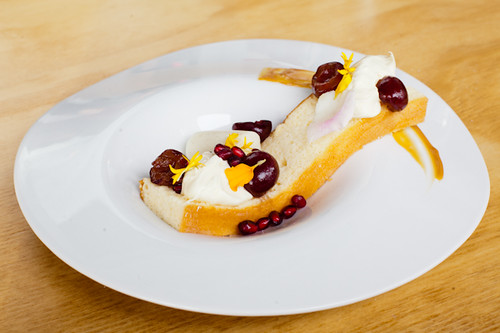 El Capo in Surry Hills is shot through with surprises, from the stacks of fake cash in one corner to the three-milk cake that looks so visually spectacular that it could easily go undercover in a hatted restaurant (but here it is, in a canteen selling Latin street food – curveball indeed). 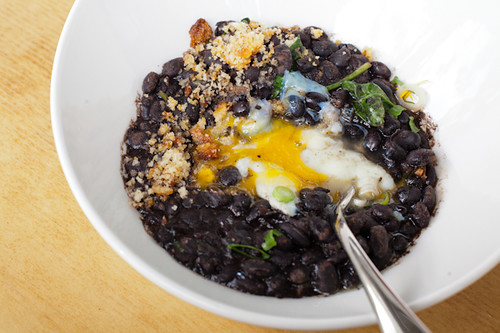 Things seemed to have moved in warp-speed for this new place. Will’s friend Guido sent me an email tip-off about El Capo when it officially opened (“Their tag line is ‘Good Food for Bad People'”, he wrote); within a few days, it was swamped with so many diners that it had to close a lunchtime just to focus on prepping for the upcoming evening service. We dropped by on Saturday afternoon – which was a nice, uncrazed time to go, but the overwhelming Friday-night blitz of diners meant a few things were completely sold out as a result (for instance, the empanadas, horchata and tamarind juice). 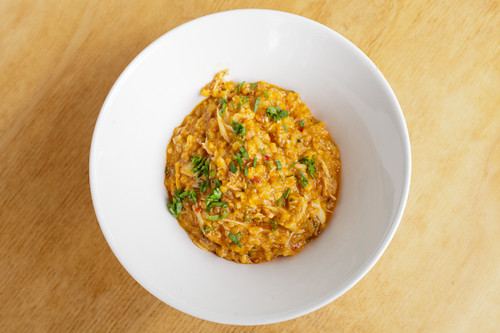 Luckily though, we could still order the Smokey Beans ($10), which live up to their fiery, flavour-charred title and are nicely rounded out with gold-crisp crumbs, wilted spinach, soft-booked egg and spring onions. Will enjoyed his Arroz Con Pollo ($10), aka Carribean Chicken Rice, and I especially liked the warm mounds of Corn Bread ($5), with their hint of cumin and easy-compatibility with house-made butter. And the complimentary Popped Maize in Spice Mix does its job, taming your appetite while you wait for your food to arrive. 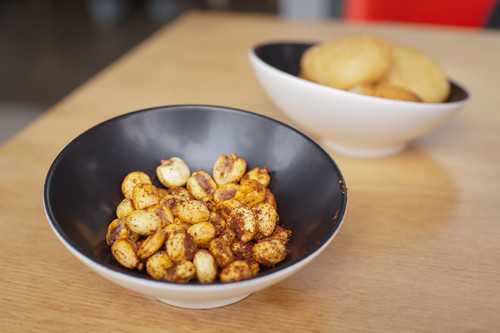 The Three Milk Cake ($10) is three kinds of awesome: and if you want the mystery cleared, the triple-dairy culprits are buttermilk (which is soaked through the sponge), dulce de leche (its caramel smears easily identifiable for quick plate-cleaning spoonwork) and milk sponge. A small tube of panna-cotta and a fresh scattering of pomegranate seeds and cherry halves share some of the dessert spotlight. 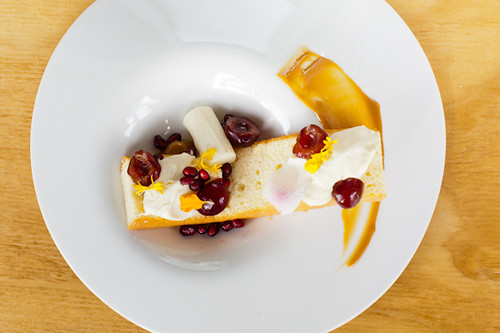 The cake is beautifully plated and, we’re told, hints at the tweezer-work and presentation-savviness that can be seen at dinner – which includes a liquid nitrogen chocolate mousse (it masquerades under the excellent name of Cesar Negro). That’s enough to inspire me to do battle with the night-time crowd. 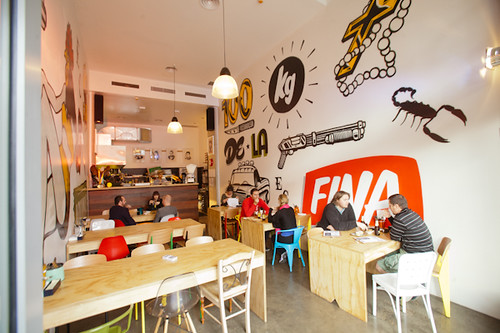 El Capo’s DNA can be traced to Omar Andrade and his work in the guerilla dining scene, 20-year-old head chef Joey Astorga (they crossed paths thanks to these pop-up dinners) and Josh Logue (whose creative direction of the interior includes the stacks of fake money on the floor and the counterfeit currency that come with your bill – it’s just one of the many “Narco Cinema” visual references on show.) Their triple-barrel wit, talent and energy translates into an eatery I would put on my “let’s go here again” list. (It’s next door to Orto Trading Co, a place that would rank high on that chart.) And while last year seemed to be about fine-dining going a tad casual, I really like this recent spike in canteens where napkin overuse is inevitable, eating-with-your-hands is encouraged, the menu redirects you through Latin America and, instead of worrying about whether the meal will be another addition to your credit card debt, you actually walk home with change in your pocket (and, at El Capo, a fake bill or two).