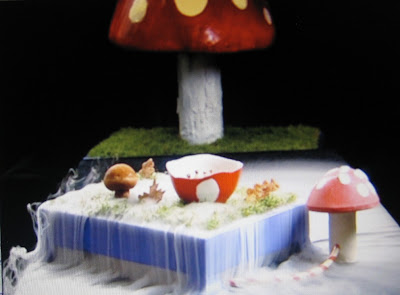 I’m a bit of a no-hoper when it comes to TV shows. In fact, I could be classifed as a small-screen deadbeat, unable to commit proper time to many of the shows that often leave people a-buzz and couch-glued until the final credits roll. This means I frequently miss good things and I really regret not catching the much-talked-about first season of Heston’s Feasts. Luckily though, I’ve had a chance to play catch-up, thanks to a preview of the latest series, which starts on SBS this evening from 8.30PM.

Each episode is an invitation into the culinary wonderland of Heston Blumenthal, who is famous for his mad-scientist/magician-like reign at his world-famous restaurant, The Fat Duck. 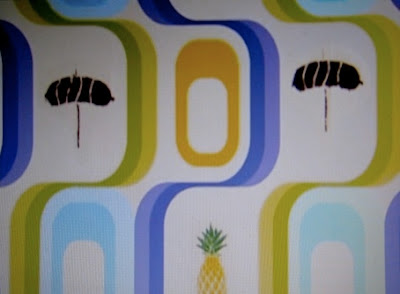 The first episode is inspired by his “childhood hero”, Willy Wonka, with Heston taking a page from Charlie & The Chocolate Factory to create actual Lickable Wallpaper, applied with apple-sauce-flavoured glue and stencilled with edible patterns of prawn cocktail and cocktail sausage. He follows it with a magic mushroom extravaganza, by handpainting enoki caps and using rarities bought at an Italian black market auction performed by the “fungus underworld”. Then there’s his transformation of Duck a l’Orange into actual confectionery, with the sauce served as boiled sweets melting through a gumball machine.

Unlike those suspiciously perfect ‘here’s one we prepared earlier’ food programs, you see things go wrong here – like when Heston tries to “smoke bomb” a duck at a firestation, using military techniques. He’s also unafraid of the gross-out factor, particularly with serving dishes like the fairytale-inspired Magic Beans which cleverly camouflage their actual origins (punchline: they’re actually made of chicken testicles).

Heston’s Feasts isn’t perfect – the gushy celebrity diners don’t really add anything much besides predictable squeals and repetitive praise – and the commentary and format can feel very workman-like at times. But if you enjoy the idea of someone experimenting with how to create a confectionery-sweet house from Hansel & Gretel (chocolate scaffolding and boiled-sweet stained-glass windows, anyone?), purely so guests can break it apart and eat the shortbread tiles, then keep your TV on SBS on Thursday nights at 8.30pm.