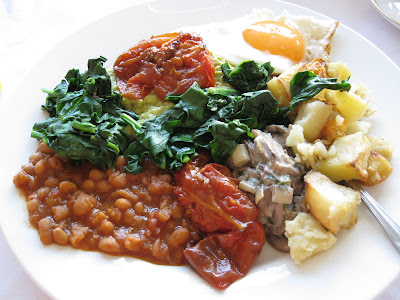 You know you’re super-lucky when you have friends who will make breakfast for you. And not just some cereal-dunked-in-milk affair but a grand buffet with hand-squeezed orange juice and beans simmered for 12 hours and egg orders being sent via SMS (fried, poached or scrambled?). There were enough sides to make your ceramic plate quiver. It wasn’t so much breakfast as slipping into a dream-on shoot for a food magazine. It was that fabulous. 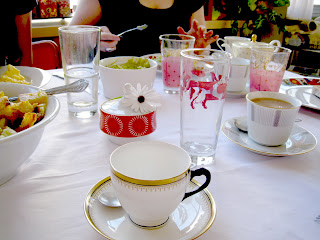 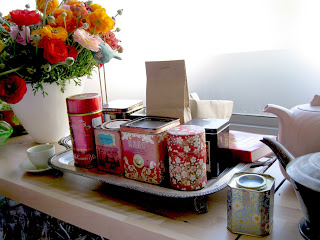 This breakfast was thrown by the incredible Tabitha and Nathan, who put the ‘epic’ back into ‘epicure’. There was a “mountain of tea” to choose from (as Karmen described it) and even “bressert” (breakfast dessert) which was fruit bread made that morning by Beth and Jeff. 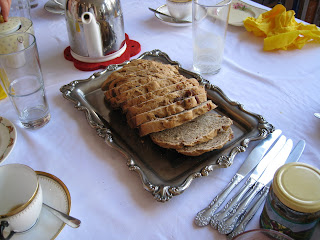 The joke often is that the breadmaker is the “dud wedding present”, destined to take up guilt space in the closet until a mean springcleaning streak finally banishes it many years later. But Jeff and Beth’s breadmaker (received after their getting wedded) sounds like it is 12 kinds of awesome – it can be set to bake bread at 6am so you wake up to a crisp crust-fresh smell instead of a nagging alarm-clock bleep. It even makes pizza and jam (!). 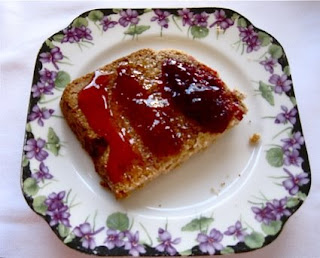 I had my slice with tiger-striped-jam – ie an indecisive and greedy have-it-all combo of three flavours: fig, rosehip and sour cherry (which, as Tabitha said, tasted a lot like eating black forest cake).

I guess those pesky nutritionists are right – breakfast is the most important meal of the day. You’d never want to skip out on a spread like this.