The Unbearable Lightness of Being Hungry on FBI 94.5FM 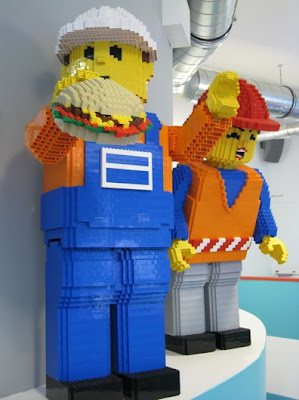 So I haven’t been doing the Burger Dance (like these Lego dudes hopped up on patties-and-buns obviously are) but today I kick-started a food segment on Weekend Lunch, the FBI radio show presented by the amazing Anna Burns. Today we had our first go (or “first course”) and it was a lot of fun.

Running with the idea that a degustation is like the “mix tape of dining”, the segment was about having your own DIY degustation – except a more lo-fi, low-maintenance version that didn’t involve having to wash 1000 tiny plates at the end of the night (or as Anna said, spending a week cooking vats of tomato soup only simmer it into a tiny thimble-sized reduction).

So the first suggestion was throwing a toast party. It’s an idea I’ve mentioned here before – but it’s so fantastically easy and fun that I thought it was worth bringing up again (sort of like a classic recipe you keep returning to). All you need is some killer bread – some crusty slices, fruit loaf, bagels, whatever scratches your bakery itch – and lots of fun condiments. Throw in some oddball, left-field ones just to make it interesting. (Even if you’re not into something as weird-ass as raspberry and garlic jam, it definitely turbocharges the conversation around the table.)

A good place to do some pre-toast party ‘research’ is a local food market – like the Organic markets that are held on schoolgrounds and stall-sturdy patches throughout Sydney each week (from Penshurst to Marrickville). Such markets are full of tables with taste-test-ready jams and oils and other samples – so you can scientifically refine what you’d like to bring to the party (and pad your stomach at the same time).

This is how I came across the endlessly spoonable passionfruit and lemon curd, sold at The Rocks market in Circular Quay and made locally in Erskineville.

For more Toast Party ideas – you can roast some vegies or add some antipasto from your local deli and add that to the table. On a breezy, warm day, it’s nice to add some fruit, ricotta and drizzle-worthy honey too. Just pile up the bread, slather on the spreadable and sandwich-building ingredients and crunch away. It’s a nice, low-key to have a mealtime catch-up with some friends.

Other variations on this social degustation idea – have a Dumpling Party, where everyone brings a flavour lottery of different dumplings. All you need is to plop the little parcels into boiling water and add some Asian sauces and garnishes to your table. If you want an easy-to-make broth, just grab some instant miso from your supermarket or nearest Asian grocer.

You can get fresh uncooked dumplings at certain dumpling restaurants – try the “Dumpling Belt” in Ashfield (a row of dumpling restaurants known as Little Shanghai, not the state of Anna’s tummy as she hilariously suggested!). I get mine from the sometimes-surly Shanghai Dumpling on Liverpool Road. Nearby is the famous Shanghai Night where you can see the dumplings being flour-stretched and handmade in the corner. Next door is New Shanghai.

You can also try Chinatown or any Asian foodie precinct.

A variation on this is to get your friends to all buy different kinds of fresh stuffed pasta (porcini-stuffed tortellini, beetroot-and-goat’s-cheese ravioli and those other fancy combinations that give you deli-lust when browsing through a gourmet shop). Then have a big boil-up and dress the pasta lightly in good olive oil, parmesan shavings, cherry tomatoes and a dash of herbs. Or as Anna suggested, the good ole pairing of sage and butter. If you’re on a pasta-hunt, try David Jones Foodhall in the city or Bondi Junction. The The Pasta Factory in Leichhardt has some affordable picks. Pasta Emilia in Bronte has scored a lot of attention for its organic selection.

Or why not have an afternoon tea with a chocolate degustation – where everyone invited has to bring some fancy chocolate for sharing? Check out the amazing range at Belle Fleur in Rozelle, where the ingredients range from wattleseed to lush pralines and there is literal eye candy on display (like a life-size telescope or musical instruments crafted from chocolate). The Essential Ingredient in Crows Nest has a worldly and eye-wowing range of chocolate – including 100 per cent cocoa content dark choc from France. I’m not yet brave enough to try it (a friend once did and it sounded like a brain-blitzing experience) but offering the hard stuff at a Chocolate Party could be a good conversation-starter.

And you will need some tea, so consider Tea Centre in the city, where you can sniff the different blends from the tins. You can even pick up a Sydney brew. Which seems a good note to end a segment on Sydney food.