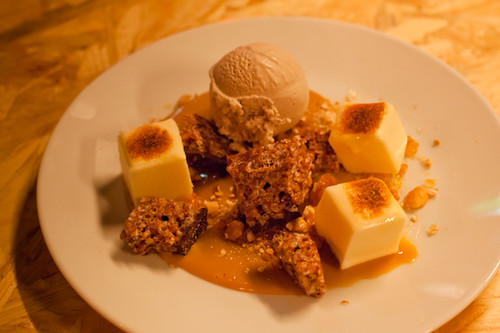 Just when the scorecard was already looking good for 2010, Ms G’s comes along and bumps the average up even higher. This year, Sydney’s been lucky to welcome so many brilliant newcomers (Berta, Duke Bistro, Bloodwood, Porteno, to name some of the fresh blood) and this place ends 2010 on a pretty dizzy note.

Ms G’s re-teams Dan Hong and Jowett Yu from Lotus and it crackles with a no-introduction-necessary energy, judging from the crowded state of the four-level restaurant on the Monday just after it opened. While everyone’s attention was redirected by end-of-year festivities, this place still managed to hit breakneck speed and it’s no-brainer easy to work out why. 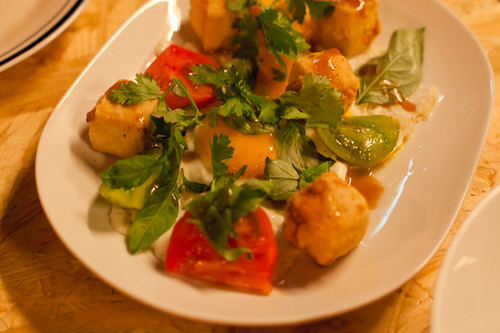 There’s a fun, wiseguy wit to Ms G’s – its whipsmart take on Asian cuisine seems summed up by its name alone: a lively wordplay that embraces the much-maligned monosodium glutamate additive that dogs Asian cooking. And sure, the last time I saw a Maggi bottle was when I was a kid, dousing it on rice to pathetically give it some lazy flavour; I never thought its next appearance would be at a restaurant run by renowned chefs. 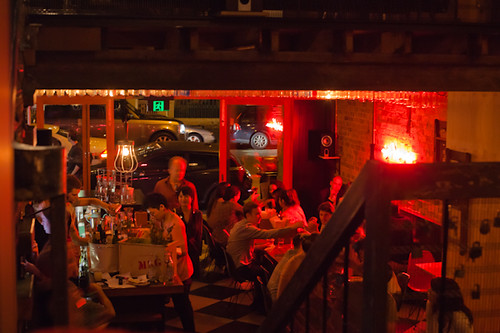 One highlight is the Stoner’s Delight ($12), an ode to pothead appetites that would win over the most zero-tolerance anti-drug fogey. Passionfruit marshmallow and Mars-Bar-style peanut brittle and chocolate is teamed with an impossibly delicious scoop of caramelised banana ice cream. This would be so very hard to just say “no” to.

Ms G’s proves dining can be a crack-up and still be perceptive, imaginative and incredibly clever. Its good-humoured nature even extends to the decor, where the toilets are papered in unironic recipes from the 1970s.

The closest thing I could come to a complaint is that the menu is so extensive that it’s impossible to narrow down what you want (especially dessert-wise, where you want ownership over every item on offer, even though your stomach’s limits sadly won’t allow that to happen). And that isn’t even a bad thing. The vego options are good, too. 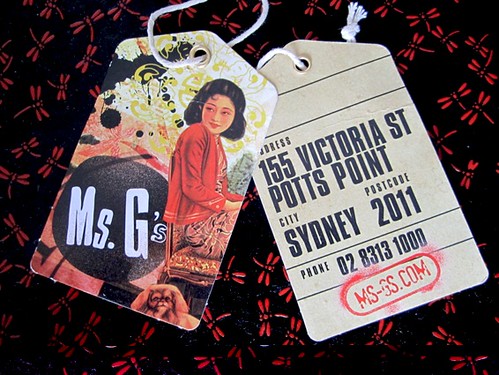 Like the album that sneaks in at the tail-end of the year and forces everyone to reshuffle their Best Of lists (2010’s candidate = Kanye), Ms G’s is that last-minute surprise that makes staying alert worth it.