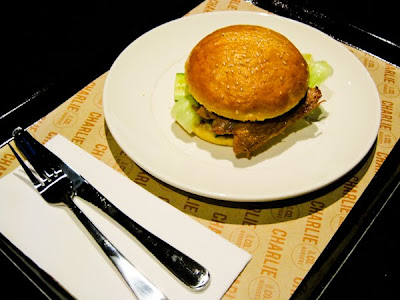 The last place you expect to see a two-hatted head chef is working the grill of a fast-food outlet in a shopping mall, but there was Becasse’s Justin North tonight, in the glassed-off kitchen at Charlie & Co., his latest venture at Pitt Street Mall’s revamped (and crazily overdesigned) Westfield.

Admittedly, this gourmet burger joint wasn’t operating at hyperspeed when we were there – it took us half an hour to get to the front of the queue and then another 45 minutes for our food to appear on a tray – but this is forgiveable when it’s the first day of opening and the offerings are really, really good. (Also, our wait was “short” compared to others, as overstretched demand meant order-taking had to be temporarily halted.) 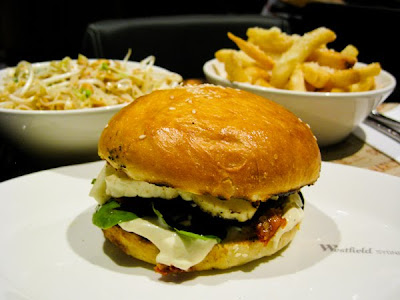 When it comes to food courts, we all round down our expectations – cheap choices and lunch-hour convenience are what send us to these takeway meccas – but Charlie & Co. pitches the quality level deliciously higher.

For instance, The Producers’ Burger ($12/$14) fixes well-marinated mushrooms with grilled haloumi, baby spinach, a cluster of sun dried tomatoes and a good drizzling of aioli. Everything is flavour-packed and juicy, bypassing the common failure of veggie burgers being overdry and empty of taste. It’s great.

Amy had the The Laden Malayan Chicken Burger($13/$15) which contained our first ever sighting of bok choy in a burger. There’s a sprinkling of Asian flavours throughout – chilli, galangal and shrimp paste – and although it was impressive, it could’ve done with a greater slathering of the satay sauce to give the bun more spice and punch. 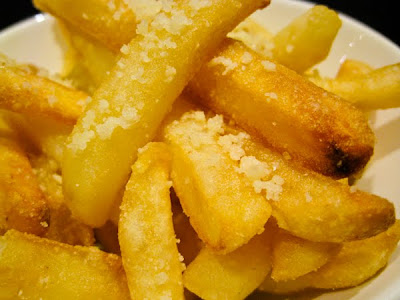 There are lots of other regional spins on the the menu – The Maiden Marrakesh Burger with lamb, harissa, tzatziki and preserved lemon ($13/$15), The Macho Mexican ($12/$14) with beef, chilli beans, guacamole and sour cream, and yes, even a locally inspired Federation Burger ($14/$16) (what else says Federation like a fried egg?) – but let’s not skip over the crucial ordering of chips.

Probably the most tabloid-scandalous food this year has to be truffle fries, thanks to the infamous role it played in the Lynn Hirschberg/MIA smackdown in the New York Times (The Observer even called the incident “Truffle-gate”). On that topic, I side with the Village Voice food critic who said it didn’t matter who appeared to be an elitist/manipulative schmuck for ordering it, as “No one who has the slightest amount of taste would ever eat anything called a truffle-flavored french fry. They’re uniformly awful.”

So I was pretty suspicious about the Parmesan & Truffle Fries ($8) at Charlie & Co. They were bound to be over-the-top and sickening. I was totally wrong – they’re surprisingly subtle, with a sprinkle of cheese and a light coating of truffle flavour, and actually “can this be possible?” delicious. 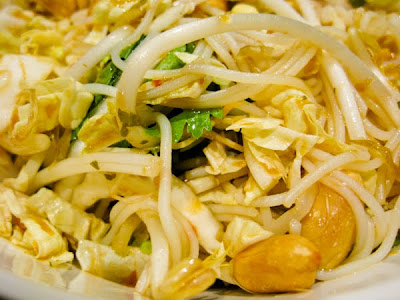 Another good side dish is the Asian Coleslaw ($12), which is more like a Vietnamese vermicelli salad, dosed with zesty dressing, bean sprouts, Chinese cabbage shreds, and the roasted crunch of peanuts. That’s on my re-order list. (And nutritionally questionable as it is, next time I’d also like to try the Onion Rings.)

If burgers aren’t your thing, there are also toasties and the Charlie Chilli Hot Dog ($12/$14) as other meal-sating possibilities.

I’m curious to see whether the first-day lines at Charlie & Co. are a one-off or a permanent fixture. The fact that it’s located in Pitt St Mall, where the culinary alternatives aren’t really battling for greatness, already makes it a standout. Also, I have a feeling that a place that’s right in the city, with an affordable, convenient menu that has impressive pedigree and is reliably tasty with lots of revisit potential – yep, that’s likely to attract endless crowds. Charlie should expect a lot of company.