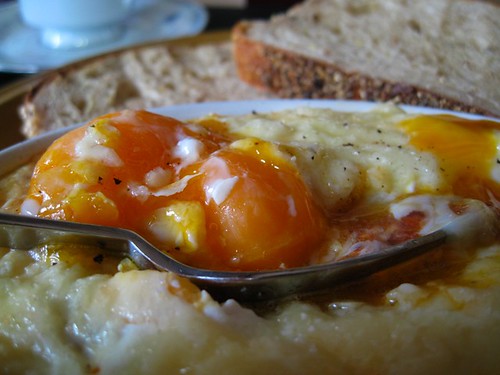 One of the neverending joys of having a food blog is the number of tip-offs you receive from friends, happy to give you joint-custody of one of their favourite cafes.

The funny thing is, the exact day that Clare told me about her “must-try” local – Moose in Redfern – the place closed up for renovations. After a few months of constant cafe-watch though, this cute joint has opened up again, recasting itself as a general store, with jars of home-made, attention-seeking jams (Plum, Vanilla & Star Anise, Caramelised 3 Citrus or Chunky Fig & Rum, anyone?) and other well-sourced produce lining the shelves. 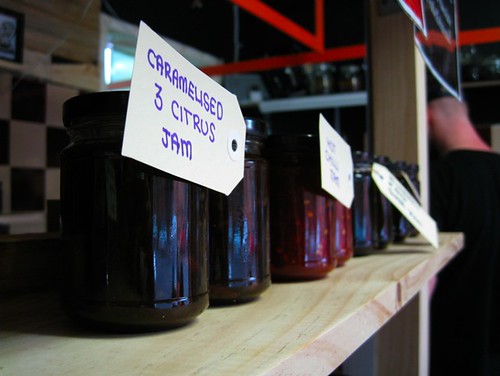 There’s also a small but welcoming menu, too, including Moose’s trademark Chocolate Granola (which you can also buy a pantry-ready version of), Sausage and Egg Roll (served with onion relish or “kick-ass chilli jam”), a dangerously good Brownie (gluten-free and one of Moose’s earliest home-made experiments), Omelette of the Day ($14) and the excellent Baked Eggs in Sugo with Parmesan ($14). 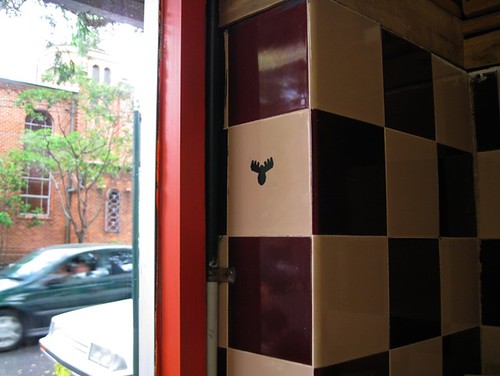 Wes, one of the folks behind Moose, tells me that it takes five hours to make the sugo, and it is flavour-loaded with heaps of red wine. All that pot-simmering time is obvious, because the tomato is so gorgeously cooked through, all heavy with a thick, near-caramelised punch. It’s perfect with the layers of parmesan crust and molten egg that rest on top. The dish comes with two toasted slices of grainy sourdough from Infinity in Kings Cross, and the bread-to-egg-sop ratio is just right. 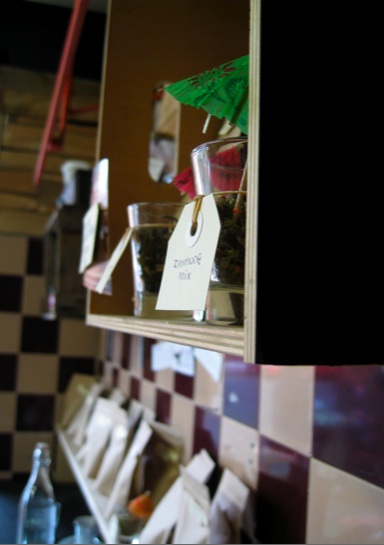 If you don’t have five spare hours to be on pot-patrol, you can buy ready-made sugo from Moose, along with an Indian eggplant relish that Wes tells me leads a double life as a fine dry curry.

Other purchaseable goodies that take up shelf residency at Moose include boutique honey and paper bags plump with tea brews. Wes has a “tea-off” every month at his local supplier in Castle Hill, flirting with new flavours to add to the store. Already, Moose sells two self-made blends (I tried the ginger/gingko heavy-hitter), and Wes hopes to have a ‘Tea of the Month’ rotation of flavours for brew-curious customers. 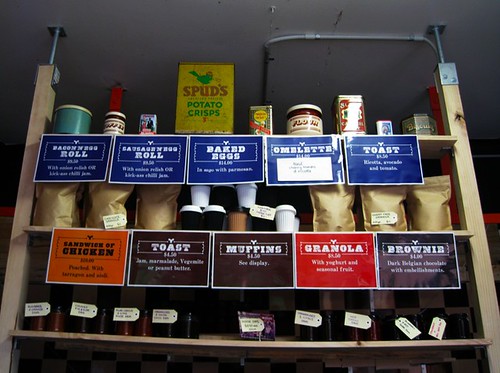 On the wall is a hand-written “Tea Guide” about the different offerings in-store (Earl Grey Romantica, Golden Dan Chong, the less mysterious and plain-named Lemongrass). The one that sold me, though, was the Bancha green tea from Japan, ($9 for 50g), which Wes singled out for its ‘grainy’ taste. I’m hopeless for a brew with a toasty edge, and having tapped out this blog entry while powered by a pot of Bancha (and probably a few too many tea-nerd sniffs of the bag – that twiggy, roasted smell of loose-leaf green tea is so ridiculously comforting), I can tell you it is a winner. 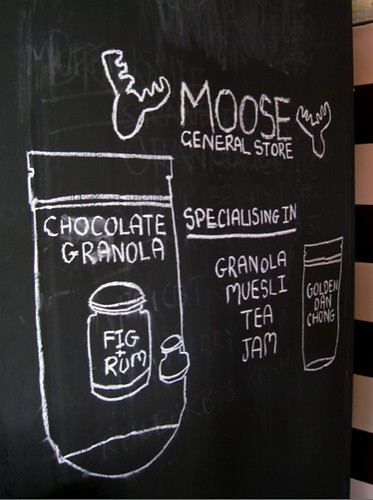 Moose is a lovely, XS-sized joint, open Thursdays to Sunday (with the crew spending the rest of the week experimenting with jams, making the signature gluten-free brownie and other inhouse goodies). The space is filled with hand-scrawled tags or little crafted flourishes – like shotglasses topped with tea, labelled with a gift-tag and adorned with a cocktail umbrella. It feels very homey and D.I.Y., which is a huge part of its charm. It can feel a tad ramshackle at times (the baked eggs took quite a bit to appear because “the oven just needs warming up”), but it’s something you forgive in an instant, as Moose is such a personable place. Hunt it down.