Although I live near one of Sydney’s biggest ‘dumpling belts’ – where the supply lines of ingredient-plump Asian parcels of dough never run out – I was excited to learn about the new Bamboo Dumpling Bar in Surry Hills. The original restaurant in Potts Point has been serving up gow gee and won tons for a while, but this branch is only a few days old. 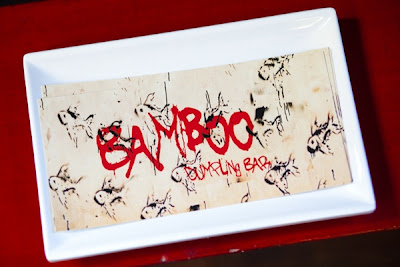 The Surry Hills outpost is part of the Royal Albert Hotel, a wallflowerish, low-profile pub that might require a Google search for most people (I must admit, I’d never heard of it, either). Despite its under-the-radar presence, it’s actually a great spot for a dumpling joint – it’s walking distance from Central Station, but far enough from Chinatown to address the Chinese-food-drought in the immediate area. 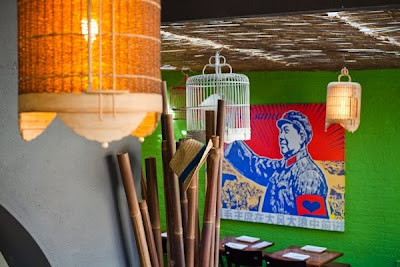 Head chef and co-owner Tinh To has been cooking since he was “a little tackler” and ended up in hospitality on the advice of his dad (“if you work in the food industry, you’ll never go hungry”). The menu at Bamboo is bound to remedy any stomach grumbles, too, with a good range of Asian standards – spring and rice paper rolls, skewers, buns, dumplings and noodles. Some have a contemporary twist (Salt & Pepper Squid with Wasabi Mayonnaise) and others reclaim overfamiliar dishes that have landed a bad name over the years (the Asian Vegetable Spring Roll is surprisingly excellent, full of shreds of flavour and a consolation for all the so-so spring rolls you’ve had in the past that taste like they’d been left in deep-frying purgatory for too long). 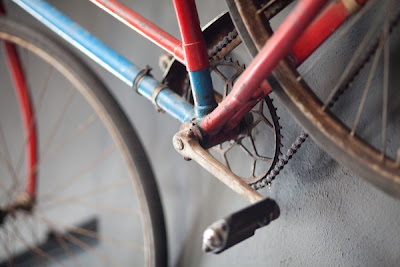 The Asian Vegetable Rice Paper Roll ($8.50) is small, simple and straightforward (it’s no threat to the Egg Omelette, Avocado and Balsamic Caramelised Onion version at Miss Chu, still title-holder of the best rice paper rolls in Sydney), while the Mushroom Gow Gee ($9.50) is brilliant, each clear-wrapper sealing in a delicious stash of shiitake and water chestnut cubes and making you question whether you’ve under-ordered as you could easily enjoy many more serves of this. 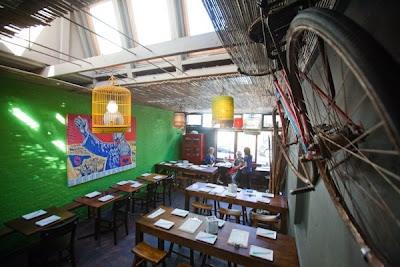 The interior is also impressive – Bamboo is not shy about its look. The bright, knock-out decor can be credited to John Williams, even right down to the iconic bike on the wall, which he found for sale on the street in Redfern one day. John runs Mao & More, that hypervivid wonderland of Asian knick-knacks and furniture on Cleveland Street in Surry Hills. The suspended bird cages came from Vietnam and Beijing; the Chinese ones are from the bird markets where owners are keen to sell their old cages, so they can trade up for new models. Unfortunately, I didn’t get to ask John how he found the dried-out pufferfish that’s currently a tenant of one the birdcages though. 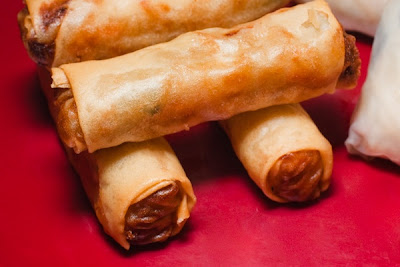 It seems like the Bamboo formula is a winning one, as there will soon be branches opening in Bondi and Brisbane. Right now though, having one that’s walking (and takeaway-toting) distance from Central Station, is a fine thing. 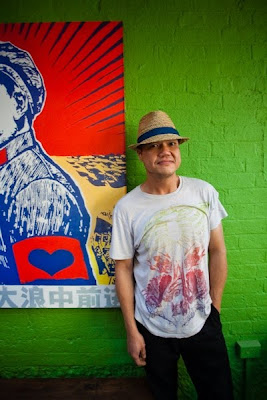 Above: head chef and co-owner Tinh To.
Below: Tinh with John Williams from Mao & More. 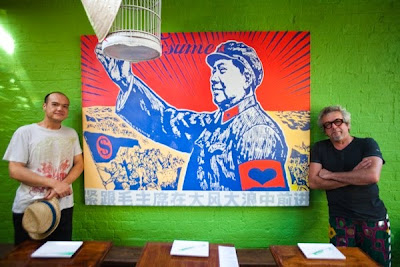