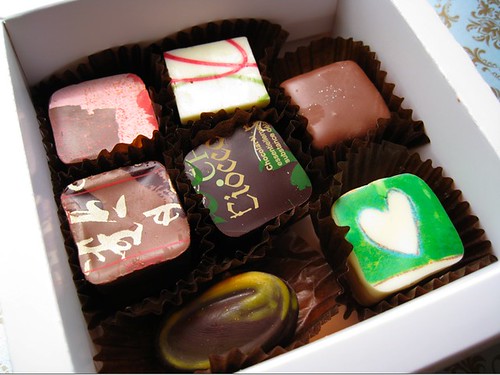 So, Will asked me to keep the weekend before my birthday free and to pack an overnight bag. A weather report was my only clue as to where we were going – “Sunny with a chance of shower”.

On the same day we left Sydney, there’d be news reports of flash-floods later that evening. We were happy to have crawled out the escape hatch in time.

Will booked a cab that took us to the airport. He then printed out our boarding passes, and tucked them out of my not-so-X-ray-vision. In fact, he pretty much kept the secret vaulted up until 10 minutes before the plane was to take off. The spoiler alert though, came from the boarding announcements. Thanks to the even-toned flight attendant telling us that Gate 55 was now ready for passengers to MELBOURNE, I finally learnt where we were headed. 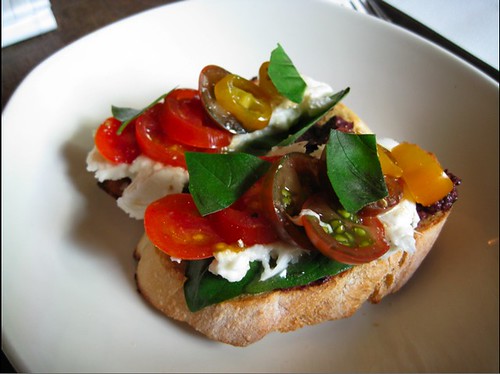 Still! I was pretty buzzed about our destination.

Will had managed to surreptitiously organise a great itinerary – it included a few fun food outings and also his impressive address-book-herding of my friends without me being tipped off at all.

Instead of turning this into a mega blog-post though, here’s just a little snapshot of what we got up to … 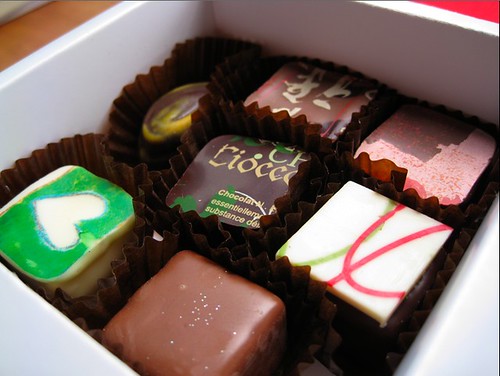 As this trip was a surprise, I couldn’t rely on my pre-travel ritual of totally over-researching where to eat. So we fell back on a familar place for lunch, The European on Spring Street, where I enjoyed the bruschetta.

Then, as totally naive tourists who were tricked by how walkable distances looked on a map, we schlepped all the way to North Melbourne to visit Arthur’s Circus. It took much, much longer than we thought (“but it’s only three fingertips-long on the map, not far at all!”). The plus side though, was we chanced across the Queen Victoria Market branch of Xocolatl at 115-121 Victoria Street. 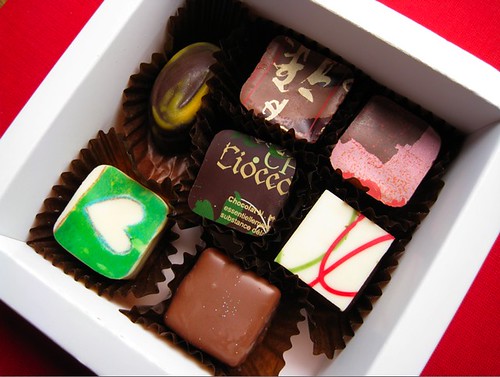 I was very happy to take home some of the chocolatier’s pralines in my carry-on luggage – especially the mango-gorgonzola flavour, which sounds zany and over-the-top, but is totally delish (and not too bizarro, when you consider how fruit and cheese are pretty platter-compatible). 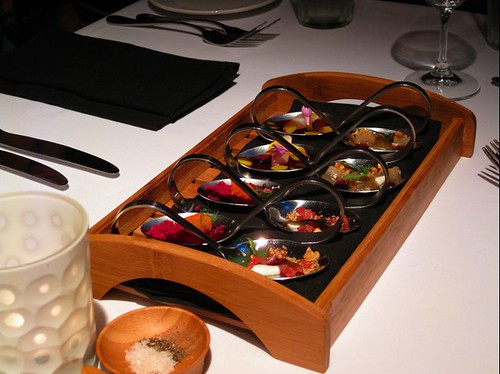 The birthday surprise also included a degustation at Embrasse in Carlton, which was a lot of fun. It reminded me of Restaurant Arras in Sydney, which also has a head chef who worked alongside Michel Bras. (If we’re going to keep a tally-sheet though, I think Arras outpaces Embrasse, flavour-wise.) And while aspects of Embrasse’s menu were underwhelming, there was plenty to like, though. 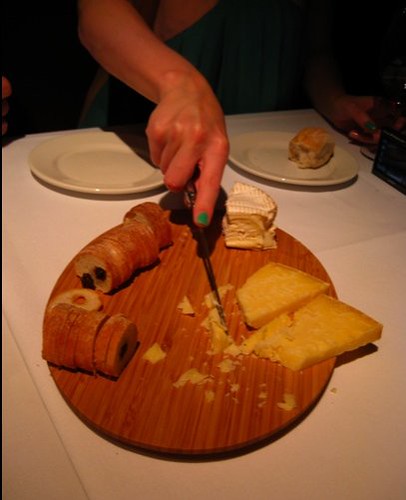 Having always wrestled over the cheese-vs-dessert dilemma, I LOVED that the cheese-plate was actually part of the degustation, and that the fruit was conveniently pre-tucked inside the bread. 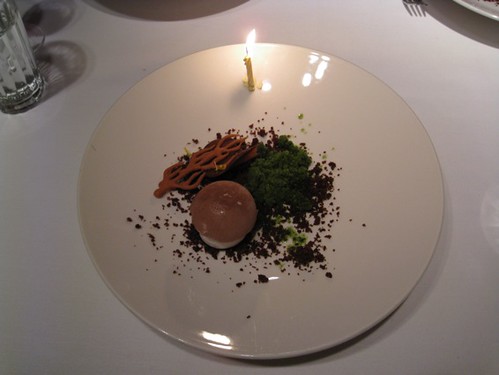 The highlight though, was the dish that we all dubbed the Super Mario Bros dessert. I half-expected to get power-ups or hear coin-twinkling sound effects as I ate it. My favourite part was the choc-brownie “soil” (eating dirt could never be more appealing), the minty-herb ice grass and the meringue/ice-cream mushroom. 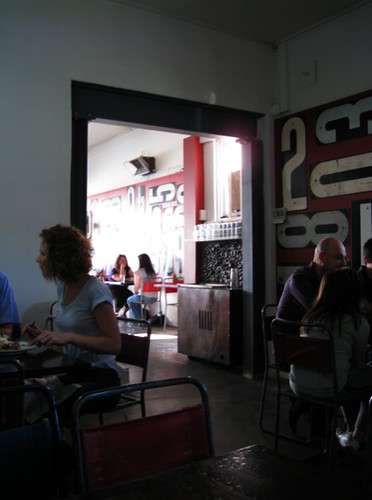 Our reliable Melbourne spy network had singled out Small Block in Brunswick from a longlist of breakfast contenders, so that’s where we headed on Sunday. There’s always a bit of pressure when you’re endorsing a place for brunch, but this cafe was a great call, and after frantic mind-changing and menu-scouring, I was very happy to have ordered the Baked Beans with Meredith Fetta. Beans can be pretty boring, but here it was served with lots of lively herbs and surprising ingredients (strands of ginger!), quickly escalating it to Best Beans Ever and How Could You Ever Doubt Beans? status. The Meredith fetta was lush, creamy and not too salt-heavy. Perfect combo for dividing between the generous stacks of grilled bread. 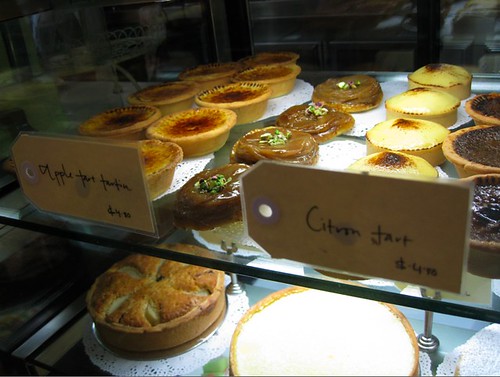 And, then, another nice thing when your friends know how food-nerdy you are – they point you in the direction of the nearest much-loved patisserie.

I’ve been told that chocolate donuts at Sugardough are a must-have, but feeling pretty wimpy after a big breakfast, I settled on a take-away raspberry and ricotta muffin. And it tasted divine, even if I had it back in rained-out, soggy Sydney, a handful of hours later. 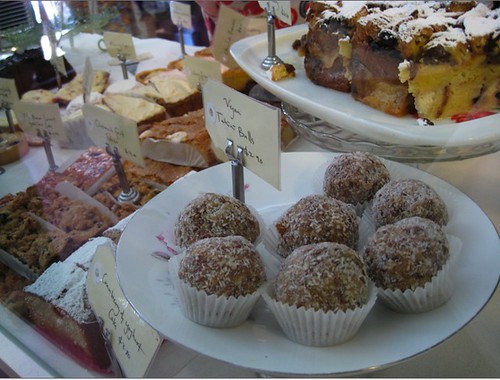 This trip surely blitzed the history books as the best present I’ve gotten. Funnily enough though, it’s still not even my actually my birthday yet, so I get to string all the fun out for another weekend, like a Hollywood producer wringing out everything out of an over-saturated franchise blockbuster. 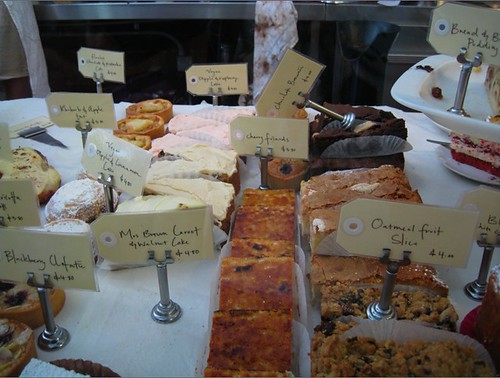 Thanks to all the amazing people who made Part 1 of the birthday-candle-blowing extravaganza so much fun. Especially, and always especially, Will.