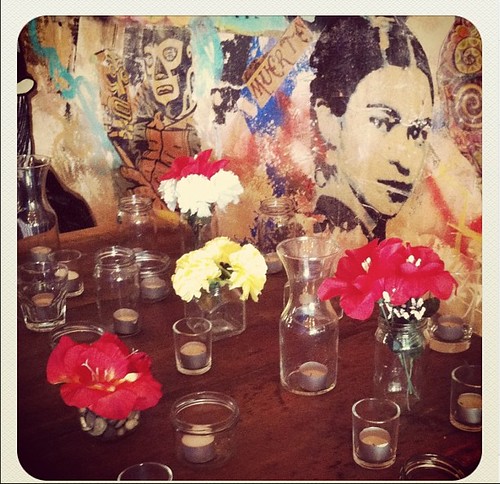 Happy new year! I hope your resolutions have stayed unbroken (or were fun to bust – sometimes high-minded pledges are just too joyless to stick with). I also hope your days have been set on maximum levels of lazy – unless, of course, you’ve been escorted back to the office and those TV binge-watching marathons are over for now.

Today was my first day back at work – but before I was obliged to clock back in, I really enjoyed having some time off. I kept to ridiculous hours. I got through three and a half great books. I could not be discouraged from the Chuck Norris milkshake from Milk Bar By Cafe Ish or the Strawberry, Raspberry and Earl Grey Iced Tea from MakMak Macarons or the line-up of frozen margaritas at Mexico – Food and Liquor. I discovered that pearl oyster mushrooms are ridiculously easy to grow; the one catch being sometimes you have to awkwardly depart a social situation with the line, “I have to go home to mist my mushrooms”. (Not a euphemism!) I re-remembered that I will drink any cocktail with yuzu in it. I learnt that you can get surprisingly delicious salads from apple matchsticks, heirloom carrots and manchego (Luxe) or fennel, shiso and purslane (Fleetwood Macchiato). And that, just when your friends’ wedding could not get any sweeter, a four-tiered watermelon/mascarpone/rose cake from Black Star Pastry or unconditional scoops of Gelato Messina will make an appearance.

Now that my break is over, I’m looking forward to what the next 12 months bring. There’s already an El Loco pop-up at the Opera House. A new venture with Bodega and Porteno DNA – Mary’s – will open in Newtown. And Chocolate and Zucchini’s Clotilde Dusoulier releases her The French Market Cookbook in the middle of the year.