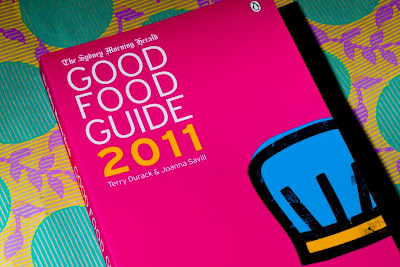 One of the nicest surprises I’ve had as a food blogger has been this – getting asked to be part of the review team for the latest Sydney Morning Herald Good Food Guide. The book has just had its hot-pink debut – it was launched just a few hours ago at the Good Food Awards, an evening full of honours, surprises and, as the hours passed, impressive demolition of many wheels of gourmet cheese.

During the two-hat announcements though, the endless clatter of applause came to a dead stop when Tetsuya’s (a perma-three-hatter) was named. You could actually hear the “could-it-be?” intake of breath. Tetsuya’s down in the two-hat ranks! I noticed on Twitter, there have been a few “hats don’t matter”-style messages; nevertheless, in Good Living, co-editor Joanna Savill says, “We don’t take any of the decisions lightly. Tetsuya’s, for instance, had at least five review visits.” This turn of events could explain why there was no one from Tetsuya’s to collect the People’s Choice Award (as determined through reviews on the Guide app) it had won earlier on in the night. (Or, maybe that’s a conspiracy-theory over-analysing of it.) 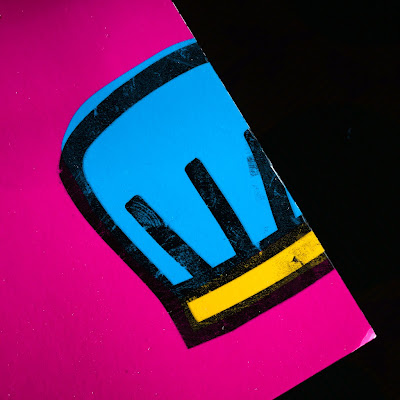 You can read a list of honours here, with the full list published in the Guide and Good Living. As someone who is probably a little too devoted to good toast, hash browns and the lottery of early (and sometimes not-so-early) morning sides you can order, I was most interested in the cafe awards. Nice to see Le Monde take out the Favourite honour in that field, but given all the great eggs+toast options that have appeared in the last year or so (hello Baffi & Mo, Clover, Fouratefive, Bangbang, Luxe in Newtown), I was surprised to see the Favourite Breakfast award go to old-timer Cafe Giulia. That said, I was very happy to see Bentley take out Favourite Vegetarian Menu, Bloodwood land Favourite Bar With Food and Alon Sharman, of Restaurant Arras, win Silver Service Award.

Writing for the Guide was a one-of-a-kind experience – a mixture of fun, adventure, research galore and sometimes organisational stress (like when you’re meant to review a place, only to find out it’s closed due to fire damage). There was a lot of hiding out in the toilets to take notes, thinking up fake names to book under, and other behind-the-scenes work that means it’s not really a case of “you’re getting to eat out for free!” (as some people understandably think it to be). And gold stars to co-editors Joanna and Terry, regional editor Angie Schiavone and production editor Paul McLean: herding under control a book with more than 950+ reviews – as new restaurants open and current ones swiftly close or change owners – is no easy thing. Getting it to book shelves and making it a much-read guide is even more impressive.

And sure, as much as I’m excited to be part of this iconic book that’s been guiding people’s appetites and evenings out for more than 25 years, what I’m most buzzed about is actually reading it – there are more than 30 new restaurants in the 2011 edition, and so many names I don’t recognise but would love to sit down at a table with and get to know much better.

Leave a Reply to Fouad @ The Food Blog Cancel reply