Can we have a Koko Black chocolate salon in Sydney, please? 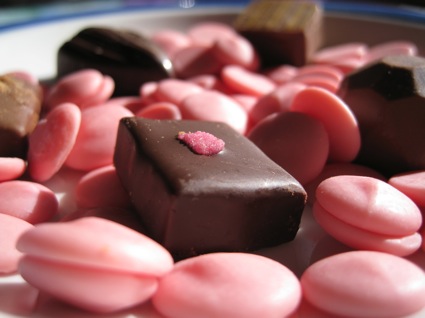 Anytime you mention a planned trip to Canberra – our nation’s notoriously overplanned and inoffensive capital – you’ll often hear a snicker or witness a raised eyebrow in response. It’s like telling someone you plan to spend your holidays doing full-time laundry.

The city has a reputation for being an immensely boring place (and often the biggest Canberra naysayers are people who used to live there), and I’m not going to wade into the prickly pro/anti-Canberra debate here. The place does have one undeniable ace, though: a branch of Koko Black. 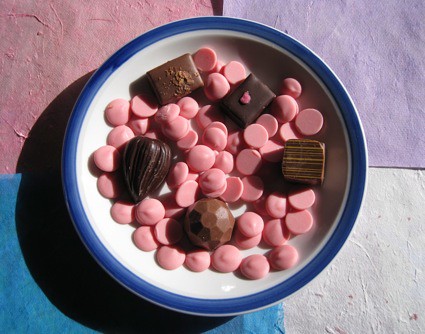 Sadly, this chocolate salon brand has yet to extend to Sydney (it seems a little geographically unfair there are six in Melbourne and zero up here), but it does instantly redeem any 3-hour-bus-trips to Canberra.

So, no surprises that Koko Black was my first point-of-call after stumbling out of the coach terminal.

I couldn’t buy the entire salon’s stock and relocate it back to Sydney, but I did purchase a bag of Strawberry Callebaut Callets ($6.85), a block of cocoa nib-speckled chocolate ($7.85) and quite a few pralines. 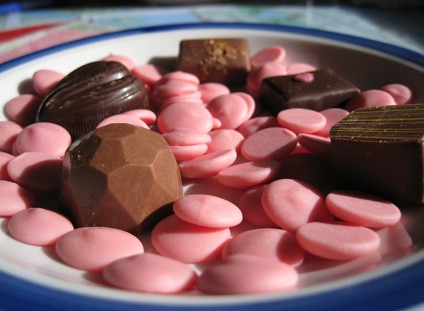 I picked out the Chai Tea, Mango & Vanilla, Dulce de Leche, Coffee and Hazelnut Crisp flavours ($12 per 100g). Whenever I have to select from a massive display, I always get regrettable what-I-want-to-order amnesia (or super-flushed and hopeless because I’m worried that I’m holding up the queue), so in my rush, I missed out the Raspberry Puree, which I wish I’d tried. 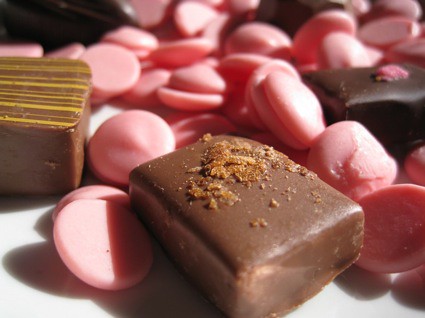 My favourites were the Mango & Vanilla – its lovely tropical and creamy taste whisks you straight into summer – and the Hazelnut Crisp, with its delicious sprinkle of crushed wafers and sweet, nutty texture (which you can see in close-up, from the photo I’ve taken).

If my stash doesn’t last me ’til my next interstate visit, can we have a Koko Black in Sydney? Our city is a serial choc-cafe philanderer and has an open relationship with many cocoa salons – it’s a trend this Melbourne-based chain should completely take advantage of.

Otherwise, I might need to buy another ticket down to Canberra.