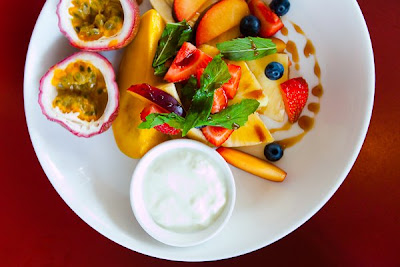 Hot chips are the edible equivalent of The Simpsons. It’s weird to know of anyone who doesn’t like either (although “later seasons” of hot chips probably don’t attract as many For & Against arguments as that 20-year-strong cartoon does). I’ve only ever heard of one person who could reject a bowl stacked with long, crispy, Jenga-like blocks of potatoes. And that’s Stephen Fry (see his autobiography for proof, and please no puns about the irony of it all!) 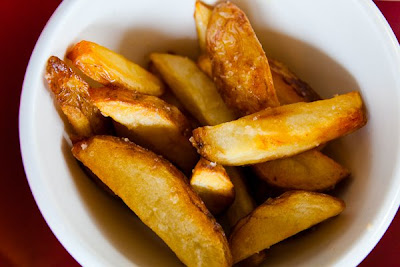 Nevermind, anyone as ridiculously amazing as Stephen Fry could live with the small flaw of not quite “getting” chips. The rest of us can just enjoy the fact such tastiness exists – particularly when done so damn well at a place like Ruby’s Diner in Waverley.

The Hand-Cut Chips are perfectly priced ($3), proportioned (chunky, wide, and several mouthfuls long) and crispified (golden, crunchy but not so oily and over-fried you schedule a doctor’s appointment as you eat it; they’re also big enough you can convince yourself they’re “healthier” than stringy fries). The ration could not be better – one bowl is just enough for two. Any more and you’d start to develop potato belly. Any less and you wouldn’t be able to savour it as exquisitely.

Of course, there’s more to Ruby’s Diner than just chips (but surely, that is a fantastic foundation for any cafe?). There are good breakfast options, such as the Mango, Banana and Pineapple Salad with Lime and Palm Sugar Syrup and Yogurt ($12). As ‘wrong’ as it was to pair that with chips and call it the first meal of the day – I totally did and am happy to have been a total hog, instead of eating wheat husks or some other more nutritionist-friendly breakfast. 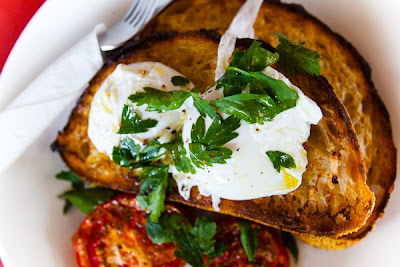 Will had the more orthodox Poached Eggs on Toast ($10) with sides, which he was pretty happy with – despite his first options running out. And that’s one double-edged thing about Ruby’s Diner. If you turn up later in the day, you often need a back-up dish to order because they tend to “run out” of things. On one hand, that could be a letdown if you’re really pining for something in particular, but on the other (if we’re going to get all “half glass full” about things) – it’s reassuring to know they’re not stockpiling bunker-loads of food that they just slop onto plates for days on end. Such limited servings of dishes means they’re at least keeping everything fresh.

And even when the “we’ve sold out of ….” situation can seem a little ridiculous – I was down to option #3 the other day – it’s pretty good when your third choice still tastes pretty decent. “Salads as Mains” usually rank as the lamest and most unimaginative vegetarian dish that can be printed on a menu, but the Baked Ricotta, Eggplant Relish and Green Salad with Garlic Crostini ($12), is surprisingly good. In fact, it’s unapologetically good – it’s not just some wussy consolation for hungry vegos.

Other things we like: the primary-coloured decor, the casual feel, the intriguing things we’re yet to try – Peach, Berry and Ricotta French Toast, anyone?
This joint has fast become a favourite with Will.

The one semi-grumble is that the service is not always so flash. The first time we went, we were expected to yell our order from our table – hoping it would amplify all the way to the counter (where the waiter was). I know in a tiny place like this, the price of intimacy is having one over-worked waiter, who needs a bit of patience and understanding to deal with the orders. But they have to meet you halfway too (which means at least getting the drinks right and not forgetting your coffee?) On a bright note, the service on our last visit was significant notches better. 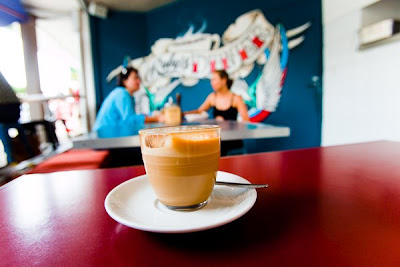 And did I mention the awesome chips? Because they’d probably rank in the Top 5 Best Chips I’ve Had. Maybe even in the Top 2. I’ll just have to keep going back and taste-testing, just to determine the right chart position they deserve. Of course.