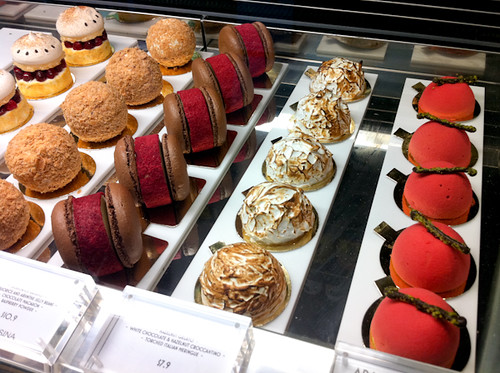 The Gelato Messina Lab is finally open. There are no test results or case-cracking white coats on show, just low-temperature patisserie treats. There’s an ice-cream burger, a “villainous” dessert called Mini Me (it deceptively harbours Dr Evil Chocolate, dulce de leche jam and peanut butter biscuit on top of a “grassy” base of pop rocks) and Messina’s own version of Bombe Alaska ($7.90), which has torched Italian meringue and white chocolate and hazelnut croccantino. 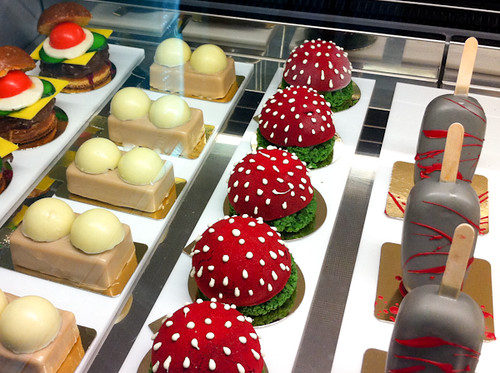 From the smart-alec team that gave you gelato flavours such as Elvis: The Fat Years, Isn’t That A Salad? and Hansel He’s So Hot Right Now, the patisserie menu also features wise-cracking names, such as a sweet called Ugly Balls (no explanation necessary) and a rectangular-shaped ice-cream sandwich that has a forgivably Dad-joke-like title: Darlo Bar.

My favourite, so far, is the Samurai ($7.90), which doesn’t involve any swordplay – just a yuzu sorbet coated in orange-scented chocolate, with blood-splatter-like splashes of caramel. For a dessert that obviously has gory origins, it makes an elegant impression. And the peppery-citrus/sweet-choc combo is so zippy and fine that you’re quickly left with just a paddle-pop stick and a flash memory of the Samurai‘s visit. 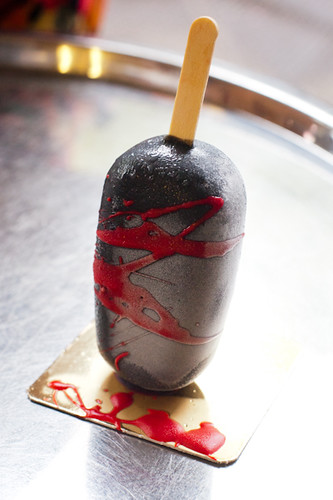 With so many sweet-tooth-seeking gems on offer, you inevitably end up with a mental bottleneck of what to order … Or a fixation with future purchases – I’ve already pre-thought-out my next pick: it’ll be the Kova Pavlova ($11.90) with its passionfruit-dusted meringue, vanilla gelato and raspberry jelly. 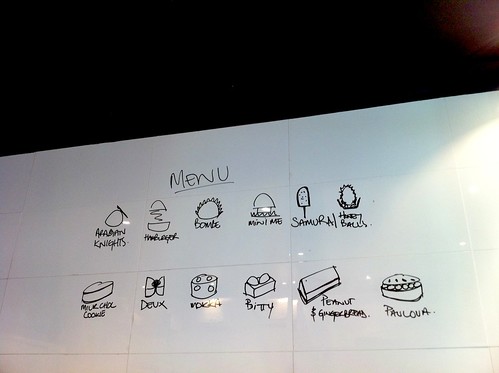 I first found out about the patisserie lab in April, when I interviewed Gelato Messina’s Nick Palumbo. He had been thinking beyond the world of scoops and cones for a while, but there was some training needed to get people adjusted to making deep-freeze desserts. “All the pastry chefs go ‘yeah yeah, I know what I’m doing’, but they forget that gelato melts.” Incorporating other elements with ice-cream also comes with its own headaches – getting a macaron to stay crispy in a sub-zero cabinet is a tricky affair, for instance. You might get a sense of how these things come together when you visit the lab, because the workspace is merged into the actual patisserie – entry into the shop can feel like scoring a guest pass right into the kitchen. 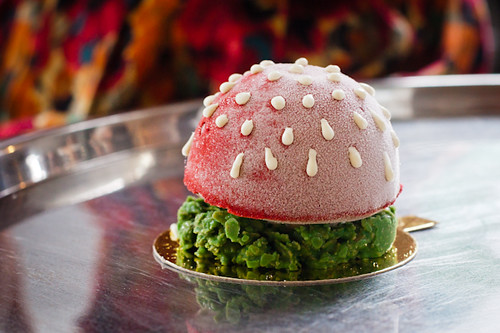 So, that’s the Gelato Messina Lab. No need to run any complicated tests to know why it’s worth a visit.

Gelato Messina Lab, next door to Shop 1/241 Victoria St, Darlinghurst NSW (02) 8354 1223, www.gelatomessina.com.au. You can also get ‘Flavour Alerts’ by following Gelato Messina on Twitter or Facebook.