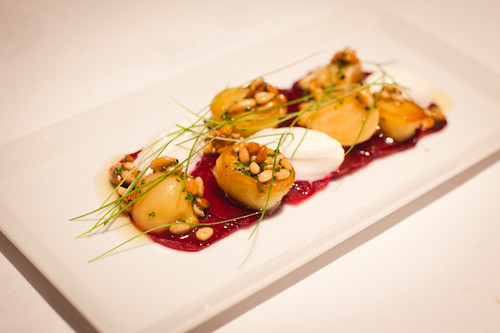 There’s no mystery as to how this restaurant got its name, but The Devonshire is still sharp-witted enough to catch diners by surprise.

Located near the point where Steel Street sneaks into Devonshire in Surry Hills (or as your mental GPS will calculate it: footsteps away from The Shakespeare Hotel), this new establishment takes its geographical surrounds much more to heart than you’d expect. 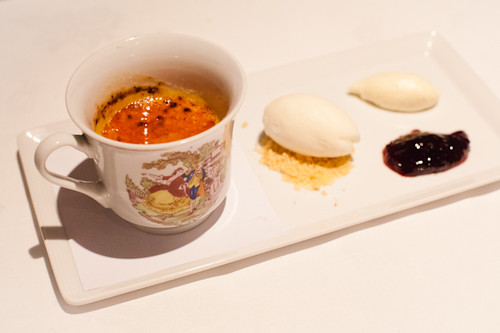 A key dessert actually pays tribute to the street address – as well as the tea of the same name. Devonshire Tea Crème Brûlée ($15) is served with whipped cream, cherry jam and a scoop of scone ice cream perched atop sweet crumbs. It’s a very likeable and whipsmart deconstruction of an afternoon tea; the brûlée keeps the crackable-caramel sweetness in check with a brew-flavoured custard.

As our waiter served the dessert, I told him that I thought the idea of placing a tea-flavoured brûlée in an actual teacup was quite “cute”.

“Our grandmothers don’t think so,” he deadpanned. “They’ve got nothing to drink their tea out of.” 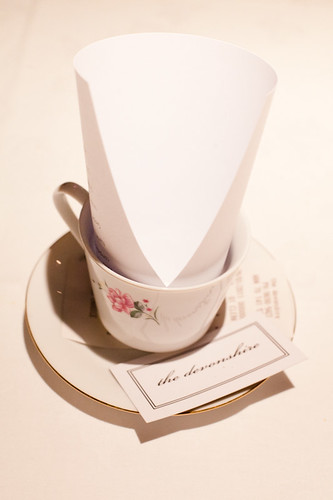 Apparently the staff members went around sweet-talking their Nans into handing over their teacups. It involved a lot of convincing and overstating of how chipped the crockery was (and actual chipping action, to further strengthen the case that their grans would find the cups unuseable). This was the level of banter at The Devonshire, which probably boasts the most good-humoured service I’ve come across. (The staff also could double as an interior decorating crack team, given the hands-on role they played in physically making the restaurant happen.)

Devonshire Tea Crème Brûlée was not the only appetite-sating dish we had at The Devonshire. The beetroot + goat’s curd standard is reconfigured a little here, with sweet beet discs partnered with crisp, fat-golden potatoes, toasted pine nuts and a salty mousse whipped from Woodside goat’s curd ($18). 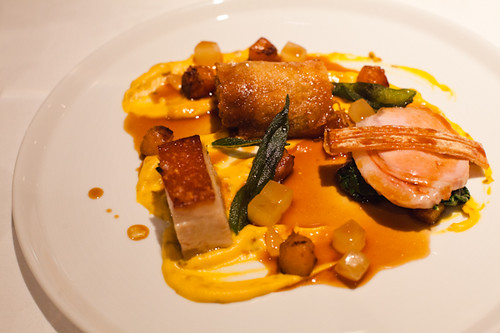 Will’s main contained three (rich) takes on Bangalow pork (belly, loin and shoulder), which reminded me of that conversation between Homer and Lisa on The Simpsons (Lisa: “Dad, all those meats come from the same animal”. Dad: “Right, Lisa, some wonderful, magical animal!”) Pillowy-soft Potato Gnocci ($26) were served with flavour-rich pine mushrooms and peas cooked in a reduced mushroom stock.

Also, you know your dinner is off to a good start when you are won over by the bread-and-butter alone. I’m not one to usually moon over a butter dish, but ours came with a scoop of such knife-spreadable goodness. It was a curl of light, aerated butter, sweetly accented with honey. It was so delicious – I could have easily just eaten it endlessly. 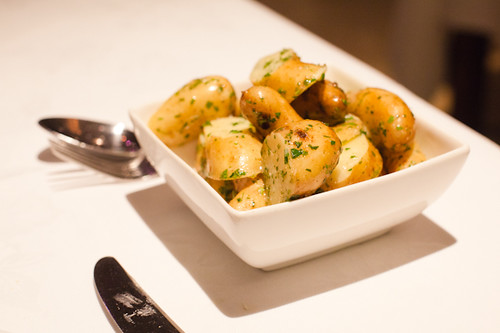 Sometimes when we go out and we’re the youngest diners in a room, and the tone of the restaurant seems serious, proper and overconcerned with the right tablecloth, we worry that the experience will be very stuffy. When I first walked into The Devonshire, I feared that this could be the case, but I was completely wrong. The service was so witty and likeable, while being professional, knowledgeable and totally onto it. Each nosey question was answered in a comprehensive and friendly fashion. And the food managed to be well thought-out and high-quality, while being accessible and, at times, inventive. 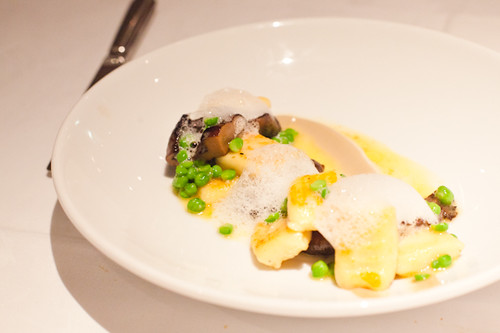 This seems to be another instance of Sydney’s over-riding trend in fine-dining: a high-pedigree culinary team taking an approach that’s more relaxed and less serious (although this particular restaurant has more of a traditional touch than renegades such as Duke Bistro or Ms G’s). Credit for The Devonshire goes to Matt Kemp and Jeremy Bentley (both of the hatted Restaurant Balzac) and they’ve brought a nice European flavour to this stretch of Surry Hills. Like the variety of ornate and odd-shaped mirrors that adorn the wall, a few different styles are mixed in together, and it somehow all elegantly works out. 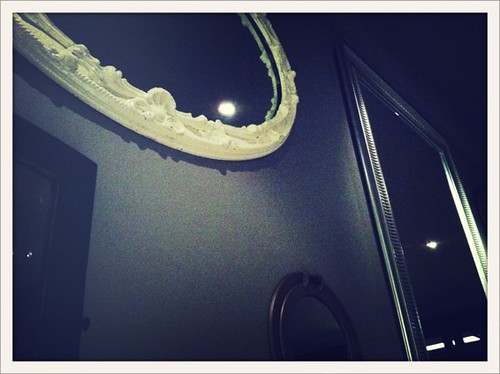