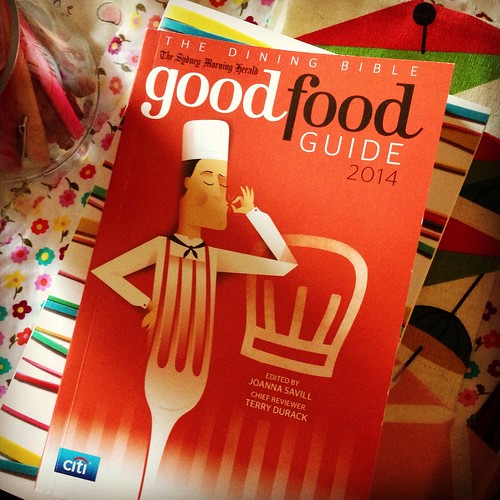 In the lead up to the Good Food Guide 2014 Awards, editor Joanna Savill said there would be some big “oooooooh” moments. And while some heavy-hitting restaurants lost hats in a much remarked-upon way, there were lots of upsides as well.

It was excellent to see Ross Lusted of The Bridge Room take out Chef of the Year; Louis Tikaram of Longrain score the Josephine Pignolet Young Chef of the Year Award (after getting very close last year); the incredibly warm Louise Tamayo (Claude’s, The Bourbon) pick up an honour for Service Excellence (even though she humbly considers herself too young and undue for the award), and Richard Hargreave earn Sommelier of the Year for the inspired drinks list and accessible approach at Momofuku Seiobo.

It was also good to see lots of new restaurants score hats, particular the brilliant, fun-charged Hartsyard (which temporarily has the honour of ‘Sommelier of the Year’, as Naomi Hart from the restaurant accidentally took home Richard’s award) and Mr Wong (which also scored New Restaurant of the Year). Also great: seeing consistently excellent restaurants (such as Oscillate Wildly) still get recognition, even though they’ve not had the glare of the spotlight recently.

Congrats to the 600 eateries in the book that give us a good reason to avoid cooking duties and to Joanna Savill for her gold-star job as editor.