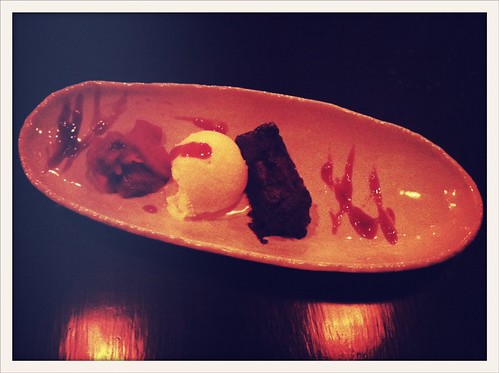 The Chocolate Cake with Baked Quince and Condensed Milk Ice Cream ($11.50) is one of many good reasons to check out the new Izakaya Fujiyama. (And I say that as a choc-cake skeptic, given how people will over-praise a floury brick ‘cos it has some cheap cocoa thrill inside.) The choc in this cake is not a cover-up for anything substandard – it’s just a gooey, choc-stealth delight, nicely teamed with baked-through quince and a clean, uncloying scoop of condensed milk ice cream. 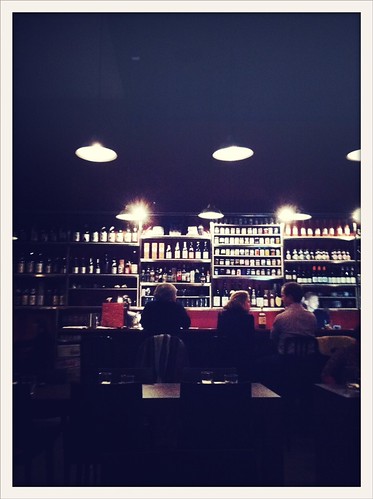 Other items on the menu include the Kenji Fried Chicken, Lime Kingfish and Fried Tortilla, Asazuke Salted Pickles and, one of my favourites, the Miso-Cured Tofu (thanks to its salty miso goal-kick). And yes, I am dessert-curious about the Vanilla Ice Cream that comes with a toffee and Japanese vinegar topping (next time!). 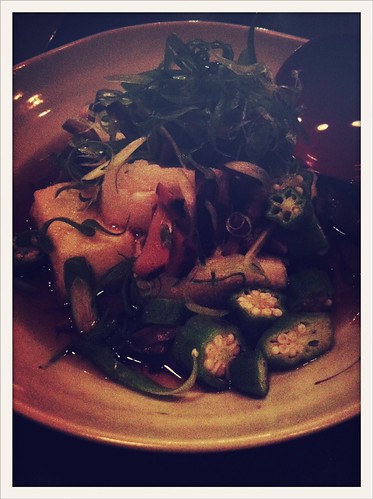 Earlier this year, Kenji Maeneka announced he’d be opening Izakaya Fujiyama as a Japanese version of Bodega (the much-loved tapas joint where he has also worked). It’s an ambitious and thrilling idea, but also nearly impossible to live up to. This place is good, and definitely worth checking out, but going by first impressions, it doesn’t have the blow-me-away impact that Bodega does – yet. But maybe that’s too early to say, plus it’s a nice excuse to revisit and see if it might get to that level – perhaps one day someone will be inspired to offer their own international take on Izakaya Fujiyama.