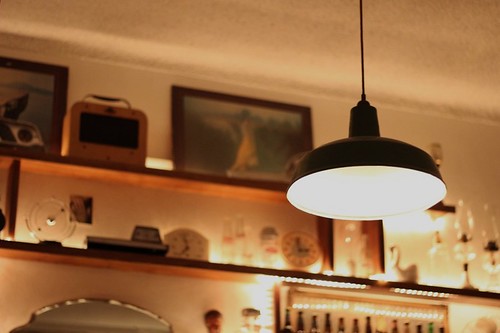 Arcadia Liquors in Redfern is a fine hideout on a cold winter night – as Matt and I discovered on Tuesday, eating ourselves into toastie comas. The staff made him a “joke” sambo, so big that it hardly fit into the griller. They warned him it was so large and crammed with ham and cheese that it might actually kill him. He survived and ended up with seconds.

I nursed an Escanciador cider as he played beerspotting, giving me a breakdown of every bottle he recognised on the bar’s shelves. Alongside all these variations on alcohol are old, curiosity-sparking knick-knacks (provenance: either “long story” or “Mitchell Road Auction House”). Arcadia Liquors has a small-bar feel – with better legroom. There’s a lot more space than your XS-sized usual suspect, but the personality’s still there. I liked that slow-lane feel of sitting there, losing track of time to cold drinks, an encore round of toasted sandwiches and an unhurried loop of Gillian Welch songs. Time (The Revelator) is still such a great album and this is a fine new bar. 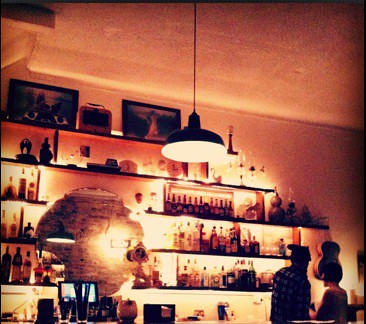 I read in Broadsheet that owners/barkeepers Brett Pritchard and David Jank (The Old Fitzroy) are thinking of having live music at Arcadia Liquors and more cocktails are going to sneak their way onto the drinks list. What they’re already doing is pretty cool and, as my friend Jo noted, the mulled wine is unmissable – the perfect tonic for handling winter’s temperature drops.

And with a name like Arcadia, lush greenery is a prerequisite – so the bar has an outdoor section, with a vertical garden running down one wall. I wonder if you can hear the Gillian Welch soundtrack out there, too.